open/close all folders
The TV Series 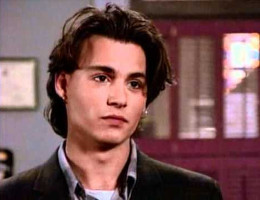 Tom Hanson started out as a patrolman with horrible luck (and fellow partners getting their noses broken) and initially no one, cop or criminal, took him seriously as a (uniformed/patrol) cop, due to his youthful appearance. After one incident too many, he is assigned to Jump Street Chapel to begin undercover work. It's a rocky start, but he manages to get the hang of both reliving school life over and over again with each case, and the antics of his fellow cops. 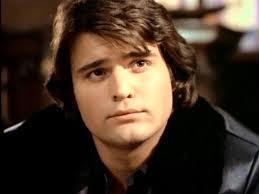 Doug Penhall is already on the Jump Street team when Hanson joins it at the start of the show. They are rivals at first, but quickly become the best of friends. They even come up with their alter ego's the McQuaid Brothers. Doug is the foil to Hanson's Straight Man both on and off case. 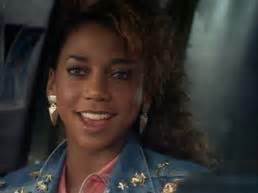 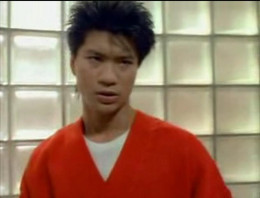 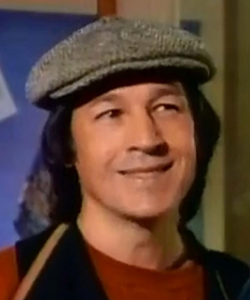 Portrayed by: Frederic Forrest
"I've been a Deadhead since Woodstock!"
— Jenko (about) himself, proudly

The founder of Jump Street Chapel, and its first captain. When Hanson meets him, this undercover unit has been around for four weeks. Jenko beliefs that criminals start out in their youth and had created the Jump Street program for the sole purpose of nipping criminality the bud. He is killed by a drunk driver and replaced by Adam Fuller by episode 7 of Season 1.

Portrayed by: Steven Williams
Adam's a really Nice Guy, once you get past all that surface stuff...
— Penhall, describing Fuller

Jenko's replacement after he dies, and the Captain of Jump Street during all but the first 7 of the 106 episodes. As soon as he shows up, Jump Street Chapel changes from a fun work environment to an actual precinct office. 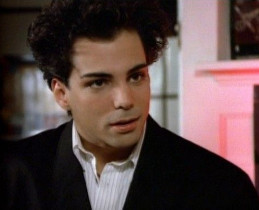 The only cop in the unit that doesn't like authority, Booker went from the Internal Affairs unit to Jump Street and later resigned to be a P.I. in an insurance company (which led to his own spin-off series, Booker). 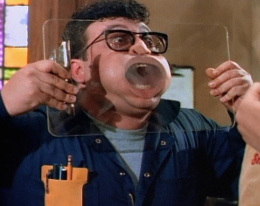 Sal doing his signature move and demonstrating his nickname.
Portrayed by: Sal Jenco

The janitor (NO, maintenance engineer!!!) of Jump Street Chapel. He has the nickname "Blowfish" due to his ability to make a blowfish like funny face on glass. 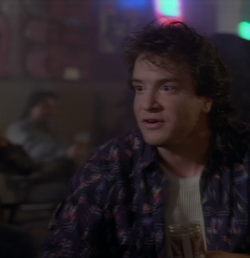 An old friend of Hanson's who shows up in a Season 2 episode to go on a road trip with Hanson. He returns once more in a Season 3 episode, when it becomes clear that he spilled the beans about the Jump Street program by writing about it in a magazine, and Hanson goes to confront him about that.

The Movie Series
In the movie continuity, after the chapel where the unit originally was stationed, was abandoned in 1991, it was bought by a Korean Christian Group. It was then later re-opened in an effort to "rehash old programs". 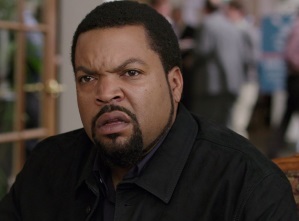 Fuller's replacement in 2012, he helps the new members try to be kids again in order to be more competent undercover cops. 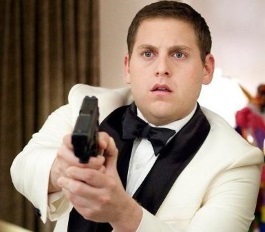 Portrayed by: Jonah Hill, Seth Rogennote As a parody to the Other Darrin trope during the second film's credits.
Appears in: 21 Jump Street | 22 Jump Street

A former nerd turned cop who befriends his bully Greg Jenko. After graduating, he and Jenko go to Jump Street when they screw up the Miranda Rights. What he lacks in strength he makes up for in intelligence. 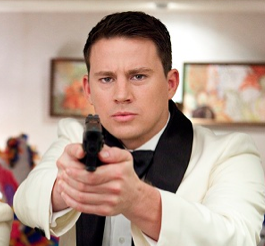 A former bully turned cop. He becomes friends with his nerd victim, Schmidt. Word of God states he is former Captain Jenko's son. 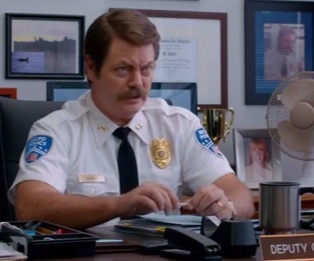 The officer that assigns Jenko and Schmidt to the Jump Street program. 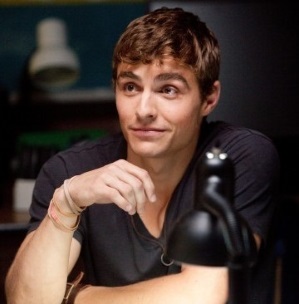 One of the most popular teenagers in the high school that Schmidt and Jenko infiltrate, and one of the dealers of H.F.S. in the first film. And he is (or was) going to the Berkeley University too. 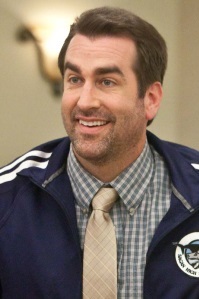 The gym teacher at the high school that Schmidt and Jenko go to while undercover.

A group of nerds that Jenko befriends at the Advanced Chemistry lessons. They work for Jump Street after the events of the first films.

A high school student that Schmidt falls in love with and she is also Eric's girlfriend.

Leader of the One-Percenter motorcycle gang that also deals with the H.F.S drug.

Jenko's science teacher that takes a sexual interest on him.

A former Jump Street agent who now works in the police department's garage.

Two former 21 Jump Street officers that work for the DEA undercover in the One-Percenters Motorcycle Gang.

A criminal that deals with the new WHYPHY drug who misses the good old days in the Nineties.

A friend of the college student that died while consuming WHYPHY and falls in love with Schmidt. And she's also captain Dickson's daughter.

Maya's roommate who has a dislike for Schmidt.

A student who desires to be a professional football player and gets into good terms with Jenko.