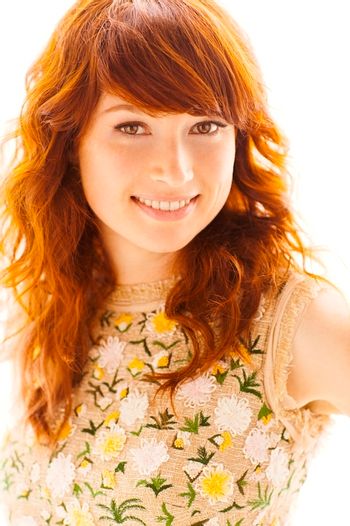 Elizabeth Claire "Ellie" Kemper (born May 2, 1980 in Kansas City, Missouri) is an American actress, comedian, and writer. She's best-known for her roles as Erin Hannon in NBC's The Office (US) and the title character in Unbreakable Kimmy Schmidt, and for being as adorable as a bag of kittens.

Born in Kansas City but raised in St. Louis, she actually had Jon Hamm for a drama teacher in high school; Hamm later appeared in Unbreakable Kimmy Schmidt.