Character sheet for Shingan no Yuusha 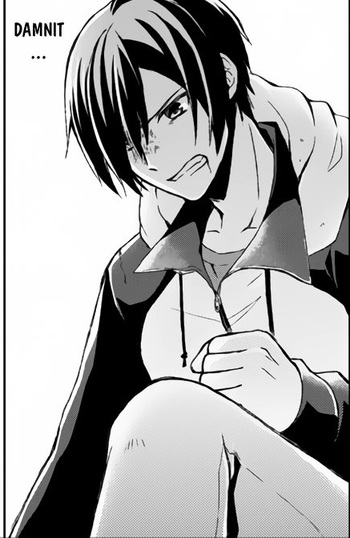 Can't say we blame him 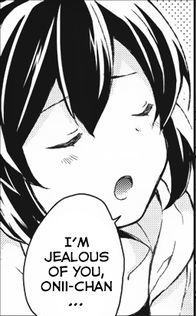 If only you knew what was coming...
Makoto's sister on earth.
Raslian Sisters 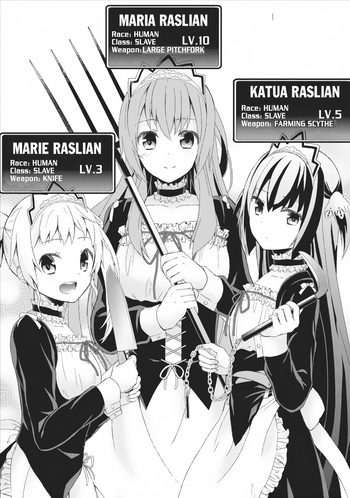 Who wouldn't treasure these beauties?
Three of five survivors Makoto encounters in a town ravaged by a Zombie Apocalypse

Common to Maria and Katua

The twins, Raa and Ree 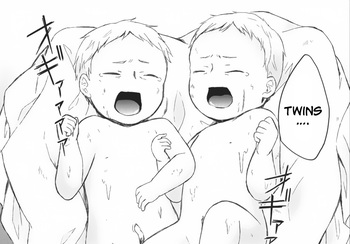 The miracle children.
Infants rescued from a Zombie Apocalypse because Maria delivered them by C-section out of their zombified mother's womb.
Maruko 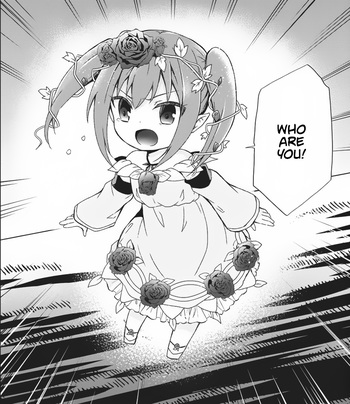 I wasn't lonely or anything, BAKA!
A dryad spirit that he hears cry out to him, and he finds just before being called upon by Mireru to deal with Vampire Avel. 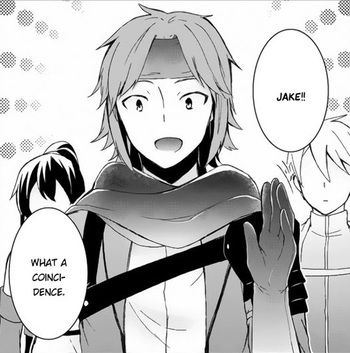 The first adventurer Makoto meets (aside from Aria and Gard), and the one he hangs out with the most.
Beautiful Avel 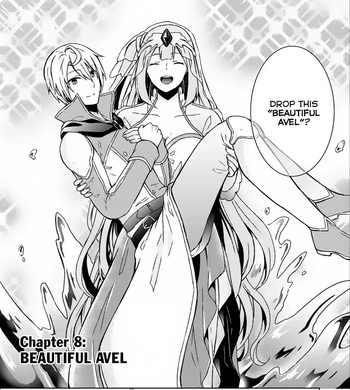 Don't drop me!
A clone of Avel created by Mireru when he fell into her lake.
Geese Rudolph 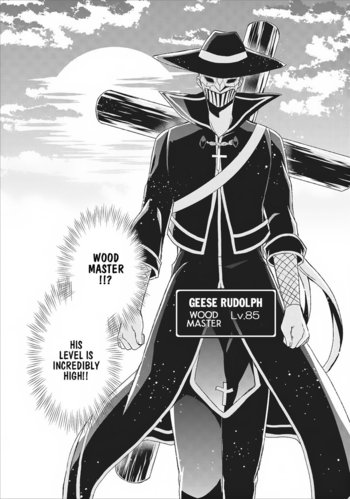 Hello pilgrim...
A high-level woodmaster that Makoto encounters as he's preparing to head to the vampire's stronghold.
Pegasus Riders 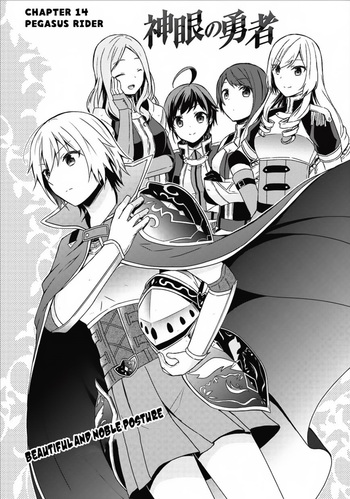 Captain Erythia in the front, and the back row from left to right: Cecilia, Est, Ciel, and Elizabeth.
Tasked by Duke Ray De Van La Mireburg the 7th to escort Makoto back to Maze City, Lana from Maze City, Luan. Though things don't end so easily... 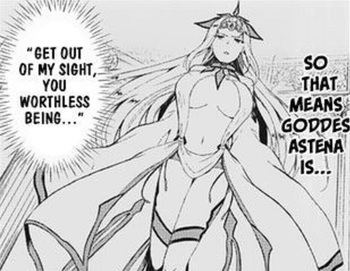 Be grateful I deign to show my self to you unworthy sots!
The first goddess Makoto meets, because she summoned him, and then abandoned him when he didn't measure up to her initial screening.
Linia 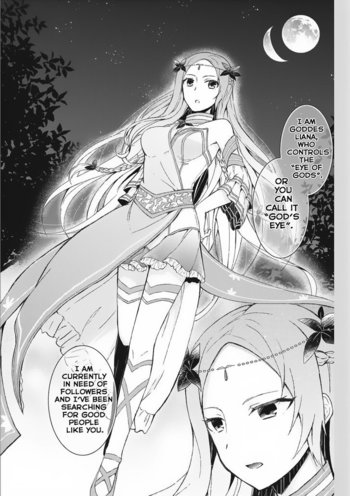 I am sorry, I don't have the power to send you home, Makoto.
The goddess who successfully recruits Makoto and becomes his matron.
Mireru 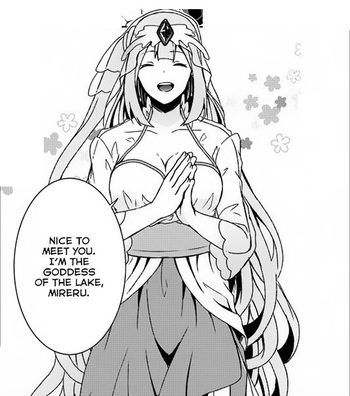 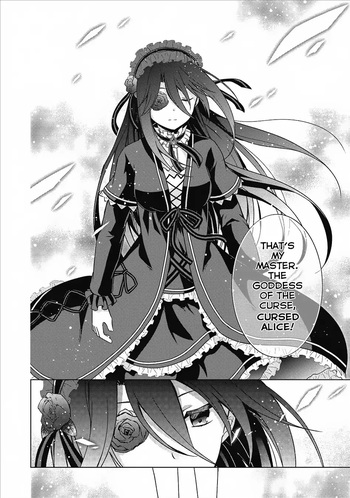 For the crime of having babies cry, I'll kill you!
The first human antagonist Makoto encounters.
Avel Reinsteinl 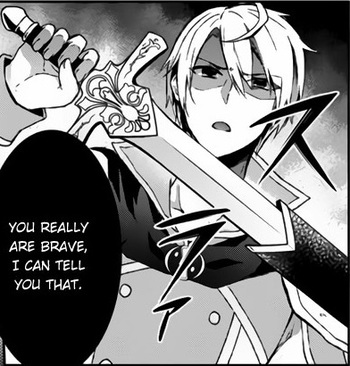 At his most charming...
The first of Astena's followers, or prospective followers, introduced.
Julius 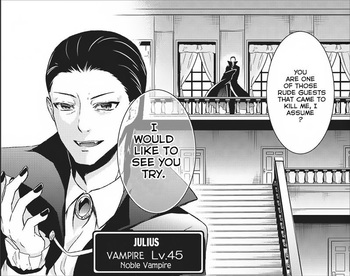 I Vanna Suck Your Blood, Blwah!
The vampire boss (or so it seems) that Makoto has to face on his first quest chain.
Joseph
Julius's twin brother, and a fellow vampire.
Bug Baird 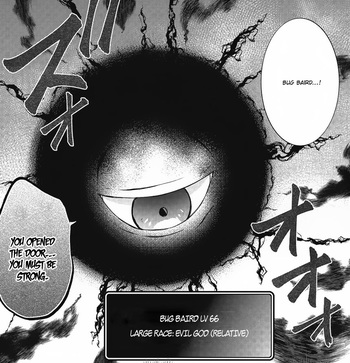 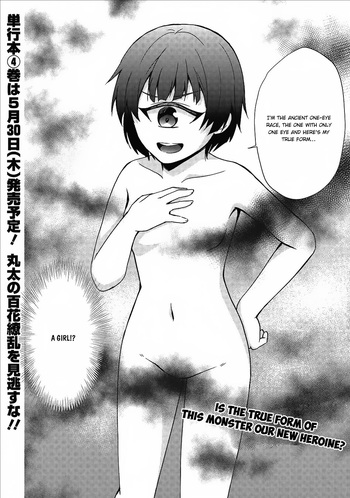 True Form
A sub-god of "the evil god of the sea" Ctoria. 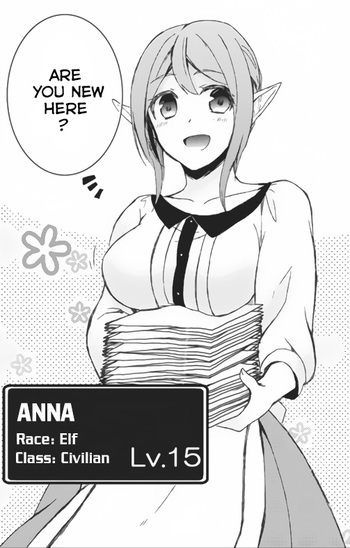 She's just doing her job.
The secretary who handles registering new adventurers in the group of cities known as The Great Maze.
Carmilla Sheyla Le Fahanir 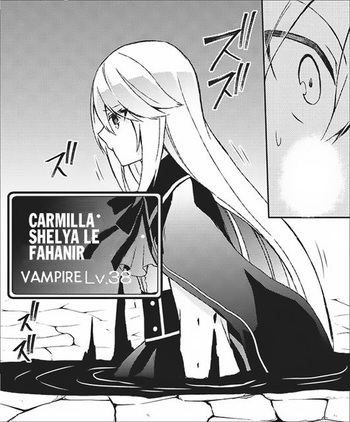 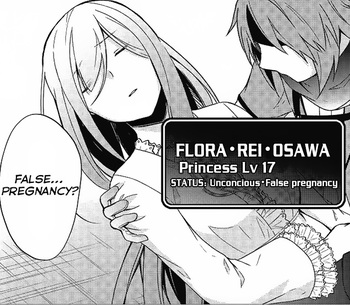 Those bastards!
A princess captured by a pirate gang and held captive for an undetermined amount of time at their base on Osawa Island.