A list of characters that appear in the Shimoneta series.

As a whole
The protagonists, who openly oppose the Public Morals Act in order to re-educate Japan's citizens about basic sex education, and for the simple right to engage in lewd humor again. They've been branded by the media as "obscenity terrorists" for their actions and soon become the Nishikinomiyas main opposition.

SOX goes hard with these tropes:

Ayame: Since you're such a pervert, that must really arouse you...

The son of a "obscenity terrorist", who admires the pure and beautiful Anna Nishikinomiya and joins her school for that reason. However, he rapidly joins Ayame in her quest to free dirty speech.

I can't change who I am, so I decided to change the world instead.

A lively girl who loves dirty jokes and feels oppressed by the strict moral laws, she keeps a straight-laced facade as the student council vice-president. Acting as the terrorist known as "Blue Snow", she distributes lewd pictures during her "attacks", and picks up Tanukichi to found the organization SOX.

Ayame: For now, I'm teaching her about sex and love to rescue her from the slump... To mold her into the best dirty artist in the world.

The daughter of an obscenity terrorist who sold out to the government, she rebels and becomes a member of SOX.

Until now, all I wanted was for you to ravenously eat my love. But now, I want to eat your throbbing love instead!

The extremely pure and innocent student council president of the school, she wants to eradicate "dirty things", but like virtually all the students at the school, she knows next to nothing about sex. 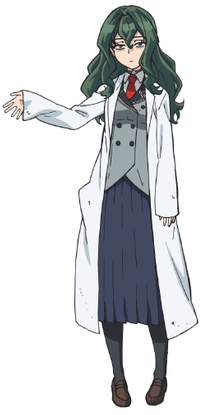 A loony, seemingly emotionless science student who wants to know about the secrets of making babies, and regularly questions Tanukichi on the subject. She's not an official member of SOX but helps them out a lot.

The student council treasurer and Anna's right arm. He's just as clueless as her about what he's supposed to fight against. He's initially quite hostile towards Tanukichi.

A random girl who regularly appears whenever something related to SOX happens.

Yutori Nureginu
Tanukichi's childhood friend and the heiress of a dairy business. She leads the rival obscenity terrorist groups "Mammal" and "Zettai Ryouiki" before becoming an ally to SOX.
Annie Brown
An American girl genius sent by the international organization "Sexuality No" to improve the PM technology and export it overseas. She falls in love with Tanukichi. 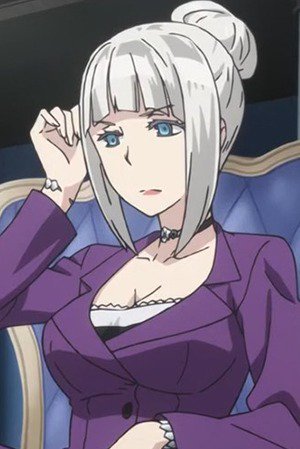 Anna's mother who lobbies for ever-stricter morality laws, and the driving force behind the adoption of such laws 16 years ago with the support of her politician husband.

The mission I've been given is to remove all form of lewdness from this school. I shall not rest until I've done exactly that.

The newly appointed head of Tokioka's Decency Prefects and faithful employee of the Nishikinomiya family, who's been assigned as Anna's personal bodyguard.

Another group of obscenity terrorists who have claimed solidarity with SOX. However, their methods are more extreme than what SOX usually does, and can be considered as true terrorists in their actions. SOX views their actions as detrimental to the abolition of the Public Morals Laws, and does what they can to stop them.

In truth, it's just a ruse by which to indulge their fetish for stealing underwear. They initially act in secret, eventually using more extreme measures like holding people hostage for their undergarments.

Gathered Fabric wears these tropes on their heads:

The leader of Gathered Fabric. He's a man claiming to share the same ideals as SOX, but advocates a more extreme approach to their work. He wears a mask and bodysuit made up of white panties that cover his body except his junk. 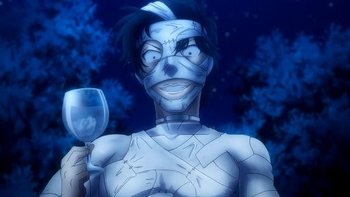 A mysterious obscenity terrorist draped in black underwear who challenges the main cast in the last episode of the anime.

Felersio Cafe's elderly owner and a collaborator to SOX.

Tanukichi's father and a famous obscenity terrorist, as well as an old friend to Masashi Endou. He was jailed in the Hellsound prison for throwing condoms at the National Diet in a public stunt, but over time became the leader of the prisoners of the prison's Eastern area.

Ayame's father and a former politician against Japan anti-sexuality laws. Currently jailed at the Hellsound prison, being the leader of the prisoners of the Southern area.