The main cast of the series, thus they're the most integral to the plot. 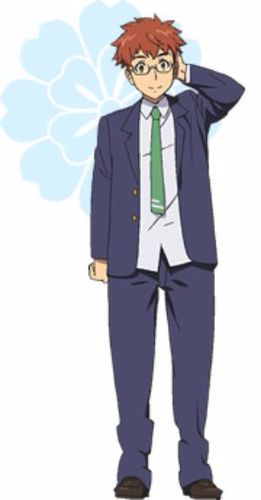 The protagonist of Maken-ki!, who's recently enrolled at Tenbi Academy with his childhood friend, Haruko Amaya. Since he's new at the academy, he's struggling to adjust to how things work, such as their duelling system, where his predisposition to protect girls rubs the other students the wrong way, when he interferes. Which might be easier for them to forgive, if he also wasn't a pervert. 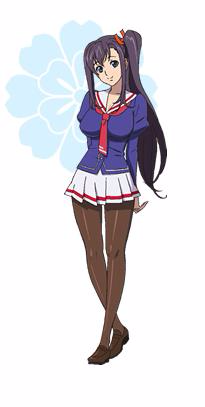 A second year student at Tenbi Academy and the vice president of the student council (known as Maken-ki). She takes her responsibilities to the school seriously, but still tends to be flighty on occasion. She's also the wielder of Murakumo, one of the original 8 Maken, which are said to be the strongest of them all. Haruko is close friends with Takeru and has harbored feelings for him since childhood. Yet, despite her stubborn refusal to admit it, she gets hella jealous if he starts getting too close to any girl, besides her.

A strange girl, who claims herself to be Takeru's fiancee, though the latter has no recollection of it. Like him, she's a first year student at the academy, but has a better grasp of the meritocracy than he does. She's also the wielder of Kamudo, which is another of the original 8 Maken. She doesn't see as much action as Haruko and Himegami, but she isn't one to back down from a fight. 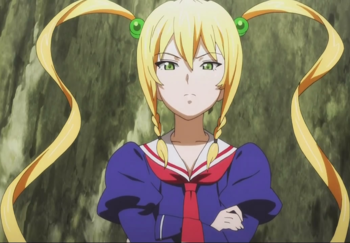 The daughter of Yatsuno and Oousu no Mikoto, in corporeal human form, though few (such as Martha Minerva) are capable of perceiving her true form. She's accompanied by her three shikigami, who serve as her familiars and are the primary source of her power, given the state of her existence. As a result, she's unable to go beyond the Tenbi area's Element rich environment, unless she has a Magatama. To everyone else, however, she's the flat-chested, twin-tailed goddess of the school.