The head family of Kamigari and the main antagonists of the series. 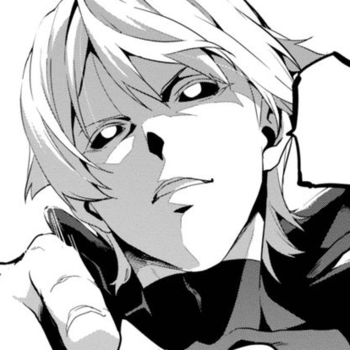 Himegami's uncle looms over the series as its main antagonist and originally created the Kamigari for the purpose of killing the ancients gods, to obtain their powers. Centuries have passed since he was defeated and slain by his nephew, Yabiko. Yet, Takeru's spirit lingers by possessing those of his bloodline, and the countless clones he's created. Simply put: he refuses to stay dead.
Ouken Yamato
The leader of the Kamigari, head of the Yamato Family, and the series' main antagonist, until his death. Despite being hundreds of years in age, Ouken's strength and fighting capability have only grown stronger with time. Minori's father was said to have been an obstacle to him, and his daughter is one of the few he's ever acknowledged as an equal. Regardless, he has no sentiment towards her and sees Minori as another obstacle in his quest for ultimate power. To that end, he seeks to capture Himegami, as her Orochi blood makes her "The Key" to breaking the seal atop Amanohara.
Otohime Yamato
Voiced by: Yoshino Nanjo (Japanese), Carrie Savage (English) 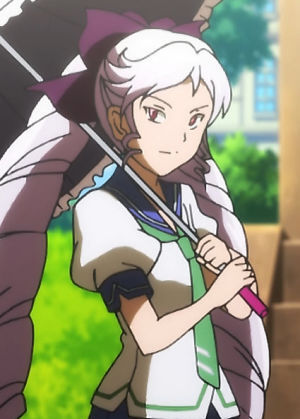 The granddaughter of Ouken Yamato, who serves as the series' first real antagonist. She's also the first to truly make Takeru question his belief that girls need protecting, by showing that women can be just as cruel as men. Otohime is spoiled and sociopathic, often treating others as pawns, or as guinea pigs in her experiments. The only one she has any genuine affection for is her twin brother, Gouken.
Gouken Yamato
Voiced by: Yūto Suzuki (Japanese), Todd Haberkorn (English) 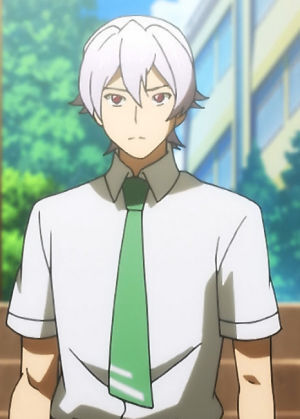 Otohime's fraternal twin brother and Ouken's grandson. Unlike his sister, he's reserved, rarely losing his composure. He usually accompanys her, in the capacity of an observer. But proves to be a formidable hand-to-hand combatant and ability user, should the need arise. According to Leo, Gouken's ability is believed to be somewhere between A and S rank.