Venus Academy is introduced in episode 7 (chapter 8 in the manga) as a group of foreign exchange students visiting Tenbi Academy. Not much is known about their school, though its staff and students seem to be knowledgeable about Kamigari's activities. 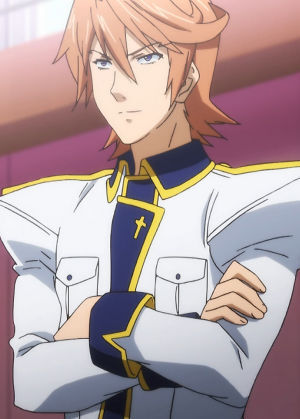 Originally a student at Tenbi, back when he was in highschool along with Minori and the others. He was the last to join their group, after being asked several times, before finally accepting. But he was also responsible for the incident that caused the faculty turn Tenbi into an all-girl school. It was later revealed that the incident was a false memory implanted in his mind and the minds of the alleged "victim" as means of pressuring Gen to join Kamigari. Which Akaya prevented, by claiming he could create an exemplary team for Kamgari within ten year's time. Thus, he created the Venus Academy.
Demitra Midia
Voiced by: Rie Tanaka (Japanese), Martha Harms (English) 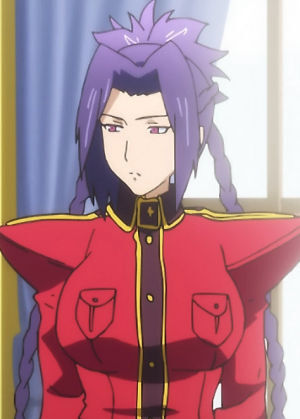 Akaya's second-in-command is much like their own version of Takaki, strict and focused solely on completing the task at hand. Despite this, she and the others appear to have a soft spot for Celia, such as when they lured Inaho and the other girls away so Celia could have an evening alone with Takeru. Demitra also seems to mesh well with Yan-Min.
Celia Ootsuka
Voiced by: Mariya Ise (Japanese), Jad Saxton (English) 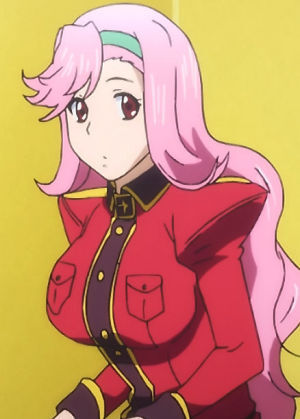 An exchange student, who's popular in America as an idol singer and as a wrestler. As such, her infectiously cheerful and outgoing personality has endeared her to her fellow students. She takes an immediate liking to Takeru upon first meeting him and soon joins his harem of suitors. Celia's native power is Inverse, which allows her to transition easily, given she was born a boy. 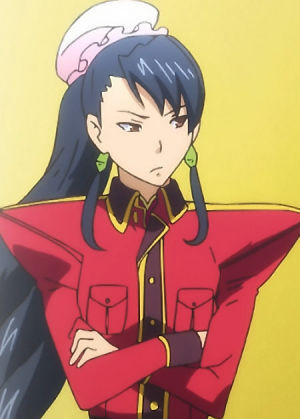 Venus Academy's attack specialist. Among their group, Yan-Min seems to work best with Demitra and will often pair up with her on assignment. In some instances, it's as if each knows what the other is thinking. However, she forms an intense rivalry with Azuki Shinatsu, due to their pride and their mutual competitive streak. The real problem being, that they're more alike than either cares to admit.
Aililu and Lilu Finian, aka 'The Twins'
Voiced by: Rina Hidaka (Japanese), Michelle Hong (English) 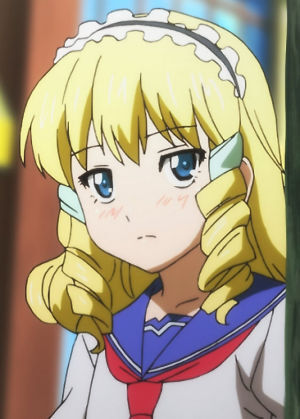 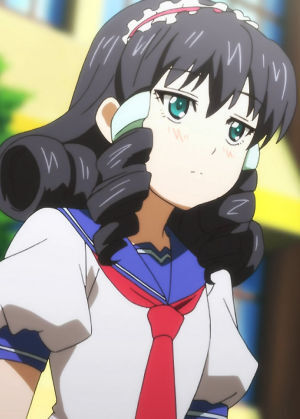 Lilu
A childlike pair of identical twin sisters, who're so like-minded that they tend to speak and act in unison. They're also a pair of SS rank ability users, and are capable of creating high-level space/time barriers. Which places them at a level comparable to Martha Minerva and Himegami. But they'd much rather knit and silently fawn over cute objects.
Martha Minerva
Voiced by: Rina Sato (Japanese), Leah Clark (English) 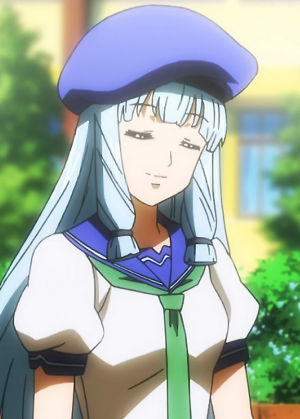 A mysterious white-haired girl, whose eyes remain closed. Despite this, she's fully aware of her surroundings, due to her ability to perceive anything possessing Element. Minverva's abilities may possibly be well beyond even SS class, according to Minori, which would make her the single most powerful character in the series. However, the strangest thing about her... is her fixation on other girls' breasts and underwear.