No Port For You 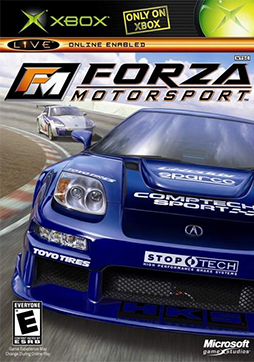 If the "Only on Xbox" tag and Microsoft logo don't keep you from hoping for a PS2 release, we don't know what will.
"And it's strange to see [the American Girls Collection] not doing an Android port of their games, when the market share makes them attractive."
— Adolf Hitler, Hitler Rants
Advertisement:

The Evil Twin of Multi-Platform and Port Overdosed, and a worse outcome than Porting Disaster.

Say you have this console or operating system to which you are very much accustomed to. You more or less have everything made for the platform installed or on discs/cartridges, but there's this one game or application you wanted or needed so badly, but couldn't get as it was released on only a particular platform other than what you have. Sure enough, you can buy a new console or install an alternative OS, but that's a major barrier to entry for some who do not have the budget or just couldn't be bothered to get a certain device for the sole purpose of playing certain games.

As with No Export for You, No Port For You could be due to technical limitations, censorship, licensing or whatever complications that may arise with the release of a piece of software, or just limited resources, or for some inexplicable reason even if the platform the game wasn't released on has a significant market share. It could also apply to non-software pieces of digital media, like for example films not yet released on DVD or Blu-ray. However, it could also be due to "exclusivity deals", in which a company pays a developer to make a game only exclusively for their platform.

Expect many modern Arcade Games to fall under this, as many of them use specialized controllers that would be too expensive if they were faithfully made for the consumer market; the more economic alternatives would be to adapt the controls to a gamepad or produce a lower-budget version of the gimmick controller, often with clunky results either way.

Naturally, there are workarounds for this, like emulation for example; emulating more recent systems are a long shot however, but progress has been made with seventh-generation console emulators, such as Xenia, RPCS3, Citra, CEMU, and the most popular of them all; Dolphin. Even the Nintendo Switch is starting to have emulation projects being made too. Fan-made ports do exist as well, especially for games whose source codes have been released in the public domain or under a permissive license.

Despite communicating with the same hardware fundamentally underneath, the other two Operating Systems for the PC Market, MacOS and Linux, also get afflicted with this, as most games released on PC are for Windows only. While the list of games that work on both of these systems is increasing, thanks to increased adoption and better understanding by the general consumer and big videogame companies alike about what these OS's can actually be like to use, it's a far cry from the hundreds of thousands of games the PC gaming space has to offer natively. Much like how Emulation can help run games from consoles on computers, MacOS and Linux both have Wine Bottler for the former, and plain old WINE for the latter. Linux also has Proton, a repackaged version of Wine primarily used for running Windows-only Steam games, which makes it theoretically possible to play any game released onto Windows.

When it comes to smartphone games, originally the bulk of high-profile mobile games were released on iOS only, with Android routinely being left out in the cold. It wasn't until the mid-2010s that more and more mobile games started getting ported to Android, with most games now being released on both at launch. You're still out of luck if you use any other mobile phone platform, however.

Contrast with Multi-Platform and Reformulated Game, where a game gets versions or ports for multiple platforms at the time of its release (especially with licensed games). The complete polar opposite is Port Overdosed, where the game gets released on every platform under the sun the developer can think of, even if the platform is not a good fit.

See also No Export for You and Bad Export for You for restrictions of a regional sort. For cases when the game is ported at all yet developers did a rather shoddy job at it, see Porting Disaster.