An elite unit of the Kamigari and the highest ranking members that are sworn to protect Ouken and the rest of the Yamato Family.

Otohime "The Manipulator" Yamato is Ouken's granddaughter and a first year student at Tenbi Academy. Her ability is Doll House which allows her to fashion a voodoo doll to manipulate her opponent. Because of her petite appearance, she is mistaken for being younger than her high school age by Haruko. She performs experiments where she manipulates some creatures and people with a chemical that is similar to Ouken's Soul Collector ability. She is one of the four Shishigami who serves Ouken. Also in the beginning Takeru, Inaho, and herself were the only three that couldn't get a reading of their Maken.

Ouken's secretary, who handles the Kamigari's administrative affairs. Within the group, she seems to have some degree of authority over his grandchildren, as they have to get clearance from her in order to speak with him. Miyabi's devotion stems from her desire to be with Ouken and can sometimes be seen lusting after him. Her feelings were unrequited and, following his death, Otohime is clearly shown being above her. 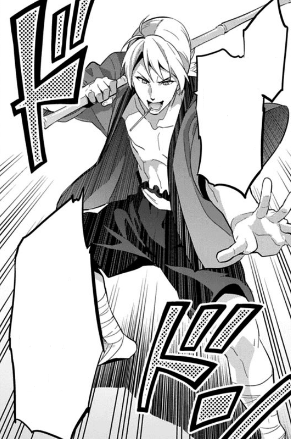 A member of Kamigari who's objective was to hinder Takeru Oyama from merging with Kumado. He is partnered with Serin. 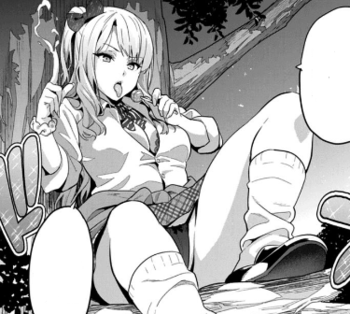 A member of Kamigami who's objective was to hinder Takeru Oyama from merging with Kumado. She is partnered with Idaten.

Former members who have either been killed/defeated in battle or have defected from Kamigari.
Hakuto Kirishima
Hakuto, "the Phantom" was one of the four Shishigami who served directly under Ouken Yamato. He tried to pass himself off as a botanist to gain the Maken-ki's trust, but his deception was all too apparent. His real goal was to capture Himegami in order to gain Ouken's favor. It was a decision that lead to his undoing.
Tesshin Kushiya 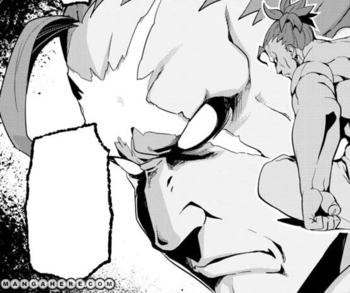 Tesshin "The Fatal Hand" Kushiya is a member of the Shishigami and is Inaho's foster father. Years of training with only his fists have resulted in fighting ability surpassing even S-rank Maken users. It's even thought that he may be Ouken's equal. Takeru harbors deep animosity towards him, because he holds Tesshin responsible for "killing" his mother (Atsuma) 10 years ago.

Gou
A newly created childlike Yamato Clone, who attacked the student infirmary at Tenbi. Her Maken, "Kanayago," allowed her to enlarge herself to giant form. She briefly fought with Kai, but was ultimately defeated by Demitra during the climax of chapter 93.
Jigoku

A new member of the Shishigami, who aids Takeru Yamato's assault on Tenbi Academy during the Himekagura Festival. However, the others despise him for being a misogynist and only tolerate him because of their leader.