The faculty of Tenbi Academy, with most of them being the founders of the original Maken Ki. 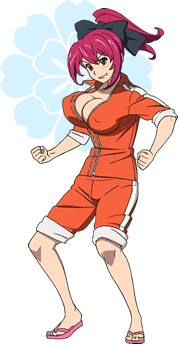 The principal/PE teacher at Tenbi Academy and the founder of Maken-ki, along with Gen Kagayashi and Aki Nijou. She can initially seem carefree and irresponsible, in an effort to gain popularity with her students, but she still expects them to adhere to the rules and will punish anyone who steps out of line. The manga reveals that Minori was responsible for weakening the seal atop Amanohara, which finally allowed Himegami to escape the barrier after more than 2,000 years of isolation. 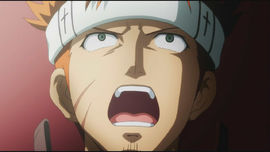 One of the co-founders of the original Maken-ki, who now serves as the academy's Makensmith. In spite of his achievement, he isn't satisfied with his creations being referred to as "artificial", and aspires to create Maken that surpass the original 8, by Yamato no Orochi. He's also taken an interest in Takeru, recognizing him as the son of Takeshi Oyama, who was his (and Minori's) former sensei. 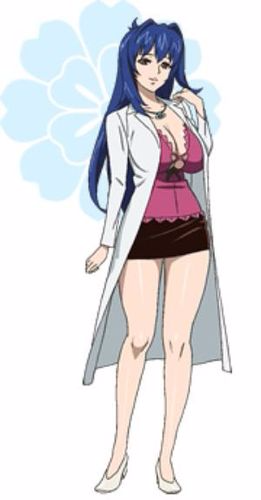 A member of the original Maken-ki (at Tenbi). These days, she serves as the academy's school nurse and the object of the male students' fantasies, because her unbelievably large breasts. In the manga, she's shown to be acutely aware of how they think of her and is self-conscious because of it. Whereas in the anime, she fails to realize why she gets so many visits to her office.

Tomika is Takeru's homeroom teacher, Yuuka's older sister, and was a member of the original Maken-ki, before it became a girls' academy. She has a pleasant soft-spoken personality, but shares several of her younger sister's tendencies; including the fact that they're both (secretly) dominatrixes.

A member of Yomatsuri that joined Tenbi Academy as a temporary instructor.