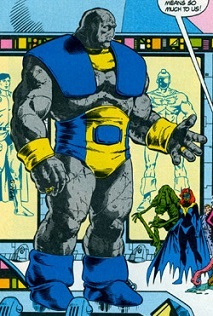 Born the last of his race on Dryad, his stony physiology makes him incredibly strong and durable. He is a member of the Legion of Super-Heroes, although he originally appeared as a member of the League of Super-Assassins, a group of brainwashed villains who were tricked and brainwashed by the Dark Man into thinking the doomed planet Dryad had been destroyed by the Legion. Unlike the other members, he was a native of said planet. His long-term romantic interest is the White Witch. 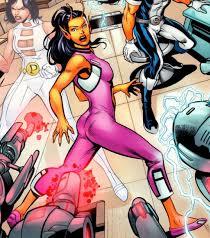 The wife of Gim Allon aka Colossal Boy. Being a native of Durla, Chameleon Girl has the power of shape-shifting. She is also an accomplished actress and once posed as Legionnaire Shrinking Violet for an extended period of time. 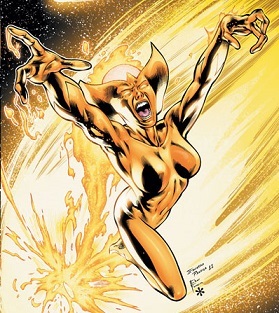 AKA Grava
Homeworld: Extal
Abilities: Superfast Flight (including though the vacuum of space), a degree of invulnerability, Stun "Comet" Gas release

Comet Queen was a member of the Legion Academy. She "Graduated" to the Legion of Substitute Heroes. Post 52 reboot the Subs membership may have been retconned. She was recently inducted into the Legion. 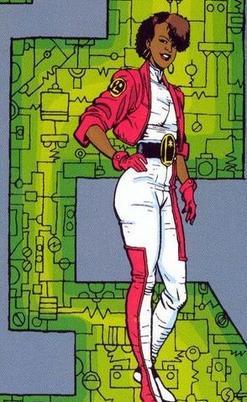 Computo is Danielle Foccart who can mentally communicate with computers. Her name is derived from the villainous Computo, who possessed her while she was bring treated for a brain condition.

Born on the planet Starhaven colonized centuries earlier by Native Americans, her abilities include flight and long-range tracking. Her longest-running relationship is with teammate Wildfire. 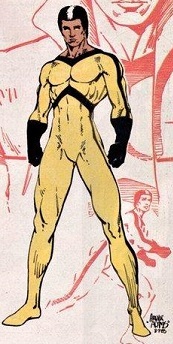 Jacques Foccart is the successor of Lyle Norg (Invisible Kid I), who drank Norg's serum to save the world from Computo.

Jacques's younger sister, suffering from a strange energy overload in her nervous system, seemed beyond help until the Foccart family was contacted by Dr. Gmy'll, who told them about how Brainiac 5 of the Legion had come across their daughter's case in a medical journal and believed he could cure her strange malady.

Accompanying his sister to Legion Headquarters, he watched nervously as Dream Girl and Brainiac began scanning and repairing his sister's brain. Unbeknownst to him, Brainiac had incorporated the advanced circuitry of Computo, his computer who had gained an evil sentience long ago, into the implants he placed within Danielle's brain, and the malevolent AI not only took control of poor Danielle, but (by possessing the computers via the scanner) all of Legion HQ.

As the computer inside his sister's body taunted Brainiac Five and Jacques, the brilliant Coluan managed to palm a telepathic earplug into Jacques's hand and shared a fantastic plan with him: Within the infirmary, there was a sample of the invisibility serum invented by Lyle Norg, aka Invisible Kid. Jacques could take it, become invisible, and work against Computo, who was trapped within a weak human body. However, there was a chance that stopping Computo would kill Danielle (though she was dying anyway due to Possession Burnout). Also, since the serum was designed for Lyle Norg's DNA, it might cause an allergic reaction within Jacques body that could prove fatal. Jacques, after a bit of debate, chose to take the risk.

With Computo's focus entirely upon its hated creator, Jacques was able to access the serum and drink it. As Computo faced the Legionnaires on multiple fronts, Jacques got his hands on a hypo disc which he used to knock out Danielle's body.

Danielle survived her separation, and in light of his courageous actions, Jacques Foccart was voted into the Legion, just in time for The Great Darkness Saga. During his first official case, he came into contact with Darkseid himself, who could not only see him, but chose to allow him to live as homage to his courage, albeit forever marked with a streak of white hair.

During the Five-Year Gap, he stuck with the Legion, until he couldn't accept Earthgov's abuse of tyhem anymore, and formed a resistance cell against the corrupt government, which several former Legionnaires and Subs would end up joining. He also married Drura Sept, aka Infectious Lass. It was he who gave the speech which convinced the lower castes of Dominator society to no longer support the oppressive ruling class who were pressuring them into war.

After the Dominators were driven away, Earth destroyed and New Earth established, he unhappily found himself named the President of New Earth. However, when the Adult Legion and the Legion consisting of SW6 members were formed, he happily rejoined the former and left running New Earth to Tyroc.

In Reboot Legion continuity, there is a version of Jacques who becomes a government spy. 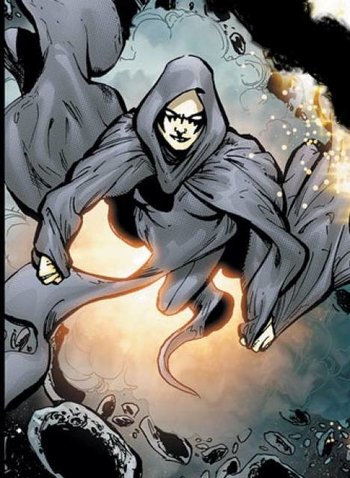 Depending on which source you go with, Berta is either from a small tribe on another planet with the power to control wind, or has a recessive genetic anomaly which pops up in female members of her family.

Her first attempts to join the Legion failed, and she began to attend the Legion Academy with several other rejects.

During the Bronze Age, Berta began cultivating a more mature and somber attitude (as well as a different appearance) which she hoped would help her gain entry into the Legion at last.

During the Five-Year Gap, she finally joined the Legion during their last big membership drive, only for the team to disband shortly after. Offered a teaching position at the Legion Academy by Chuck and Luornu, her former teachers, she became the harshest, most successful trainer there.

During 5YL she was chosen to lead a reconnaissance mission into the Khund invasion, where she and her squad were massacred. 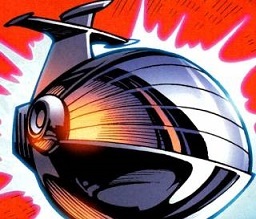 Quislet is an energy being from the dimension of Teall, and was then recruited into the Legion of Super-Heroes. The Teallians exist in a hive mind, but Quislet enjoyed his individuality so tried to escape his people. 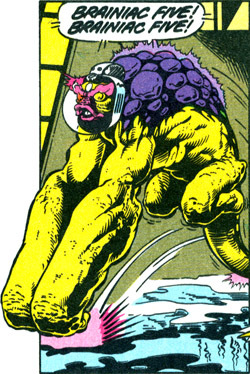 Born on the planet Hykraius, he is a natural telepath with extremely proficient skill. His alien physiology means he needs a helmet to breathe in air, simulating his native environment of liquid methane. He has also been a member of the religious organization Dark Circle, the Legion Espionage Squad, and the temporally displaced Legion Lost. 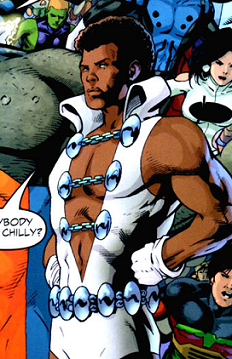 Born on Earth, he has reality-warping screams that give him many different abilities. His home is the racial separatist island Marzal. They are a highly advanced society descended from African slaves, who exist in a dimension that only appears to Earth once every several years. During the apocryphal Five Years Later era, he briefly succeeded Invisible Kid to become President of Earth. There is no counterpart to Tyroc in Reboot Legion continuity. In Prime Legion continuity, Tyroc is briefly depicted as an urban legend. 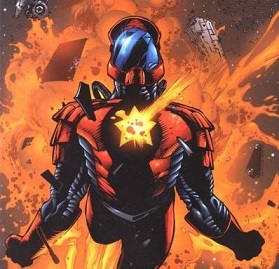 Drake Burroughs exists as a cloud of sentient antimatter energy in a containment suit. This grants him incredible powers, although he can never be truly human again. There have been two other primary versions of Wildfire in different Legion continuities. In the Reboot Legion, he is a composite of Atom'X and Blast-Off named Wildfire; in Prime Legion continuity he has taken the name ERG-1. His primary romantic interest is Dawnstar, despite their complications.