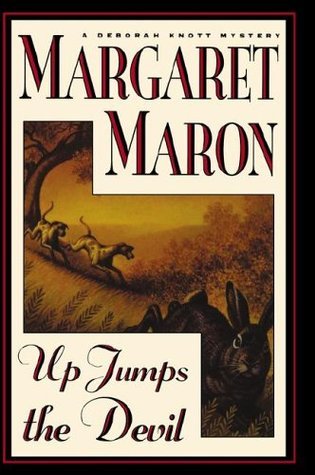 Get it? Get it? Judge not, lest ye be judged. Judge Deborah Knott is the heroine of a series of award-winning murder mystery novels penned by Margaret Maron, set in the author's home state of North Carolina.

An attorney, Deborah Knott was particularly upset when a racist Hanging Judge destroyed a man's life over a minor offense (making it impossible for him to drive when his livelihood depended on making house calls). She then ran for judge and, with the help of her notorious bootlegger father, achieved it.

She may be the most active judge in history, as each novel revolves around her solving a mystery, facing life-threatening situations, catching the bad guy, and having lots of sex.

Novels in this series
Advertisement: