And The Fandom Rejoiced / Super Smash Bros. for Nintendo 3DS and Wii U 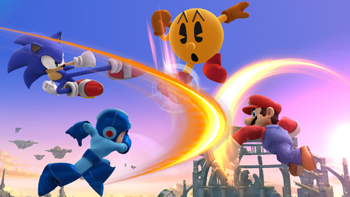 The internet exploded THRICE the day this was annouced!
Advertisement:

As you can tell, the fourth game in the Super Smash Bros. series has had so many moments of this that it had to get its own page.