Funny / Super Smash Bros. for Nintendo 3DS and Wii U 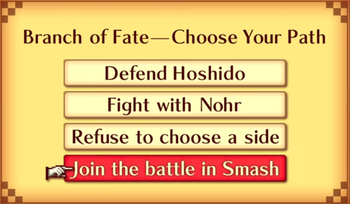 Beating up all-stars beats betraying your families any day!

For Palutena's Guidance in this game, see the Smash Taunts page. For examples throughout the series, check this page.