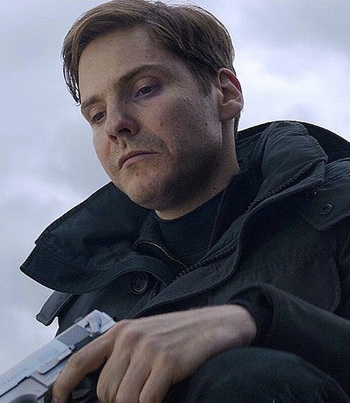 "I have experience, and patience. A man can do anything if he has those." 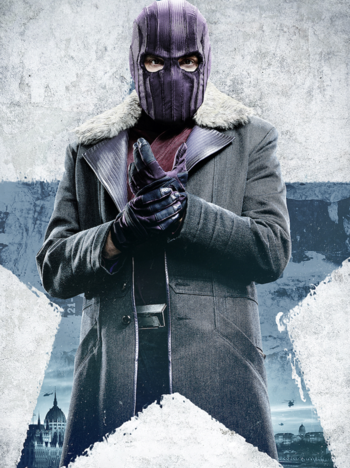 "I have no intention to leave my work unfinished."

"An empire toppled by its enemies can rise again. But one which crumbles from within? That's dead. Forever."

A Sokovian baron and former special ops colonel who has a grudge against the Avengers due to their involvement in the Battle of Sokovia, which led to the death of his family. Zemo seeks to exploit tensions within the Avengers in order to get them to disperse and potentially even dispose of one another... And he's ultimately successful, as the Avengers end up being fractured for years after his plan is complete.

Eight years after the events of Civil War, Sam Wilson and Bucky Barnes turn to Zemo in helping them track down a new formula of the super-soldier serum and stopping the Flag-Smashers, forming a very uneasy alliance.
open/close all folders
Tropes A to G
Tropes H to X