Character sheet for Keychain of Creation.

open/close all folders
The Original Four

"I'm not used to not knowing something."

The intelligent, compassionate leader of the band and initiator of the quest. He has perfect memories of his life in the First Age, but no memory of his current life before Exaltation. 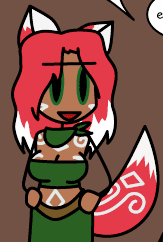 Original Name: Ragara Marena
A flirtatious, fun-loving, confident woman who is much more than meets the eye.

Full Name: The Most Secret And Sorrowful Of The Bearers Of The Endless Destiny Of All Creation Which Wander Amidst Forgotten Sights And Fallen Tears Along The Tread Of Ancient Ashen Footsteps Through The Shadow Of That Which Comes And Into That Riotous Cacophony Which Births All Fools And Steals All Beauty, Who Heralds Through Her Silence The Stillness And Chill Of Those Who Were Not Born And Who Will Fade 'Till All Things Fall And In That Most Grim Harvest Form The Final Restful Tomb Of All Awakened Life And All The Sleepless De— (At this point she collapsed.)
Original Name: Dernelle
A renegade Deathknight, formerly in service to the Silver Prince, who hasn't yet felt able to live up to her Exaltation. 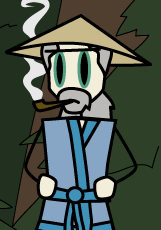 Formerly a monk in the Immaculate Order, who left because he grew disillusioned with the Order... and because he enjoyed the pleasures of the world a bit too much. At least, that's what he originally said. While it's true to an extent, he was originally an aide to the Bronze Faction as well and a member of the Realm's Secret Police, the All-Seeing Eye. He left because he was tired of his life being a spy novel, not because he wanted to drink (which he probably did a lot of, being essentially James Bond). Taciturn, wry, resolute.

Full Name: Ragara Karen
Marena's twin sister. She Exalted to save Marena from Immaculate Monks and later traded her voice to a demon to join the Silver Pact to be with her sister.

"[Treachery] is my nature; this is what I am. It is all I have that cannot be lost."

A shape-changing soulsteel weapon that travels with Secret but is only barely under her control. 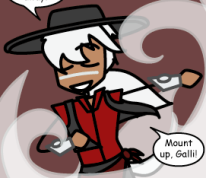 "Suddenly, my lady-sense is tingling!" 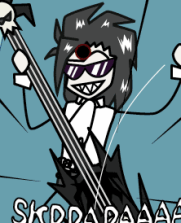 The "Admiral". Seems to have a thing for Flame.

In charge of "Equipment". Bros with Face.

In charge of "Transport". Made an unknown delivery.

Face of the Final Reach

In Charge of "Guerilla" [sic]. Bros with Third. 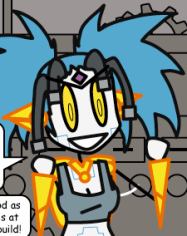 One of Nova's two Alchemical henchmen. She prefers non-violent solutions to problems. Probably a Jade Caste Alchemical, but it's not explicitly said.

The other of Nova's two Alchemical Henchmen. A once-skilled human, he gave his service to Nova in exchange for exaltation, and handles things if combat is required. Probably a Jade Caste Alchemical, but it's not explicitly said. 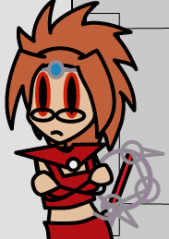 "I will judge as a warrior does." 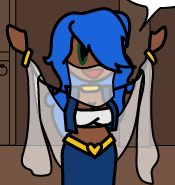 "Lavish meals and fine drinks for everyone!"

Full Name: Sonorous Aria.
Marena and Karen's mother; Queen of Janara; daughter of Kuka-Rem, a god of machination and manipulation. A pleasant and gracious demeanor hides a mind as sharp and strong as a steel blade.

"Stop running away, you pansies! It's only a little violent dismemberment!"

A Deathknight with an enormous appetite for combat and a violent disdain for people who have more power than puissance. Ex-servant of the Lion.

Lady In The Untold Depth

One of the two Exalts the Silver Prince sent to fetch Secret.

A one-shot character that was rejected from the group, only to be given his own Spin-Off by another author.

A deity that was slain by a group of Exalted shortly after the Primordial War. His power was reforged into five not-Keyblades so that locks could continue to work in Creation.

Full Name: Manse of the Ever Watchful Custodian Artificial Intelligence.
A construct left to watch the manse the group travels to in the beginning of the comic.

A pair of Fair Folk that command an army of goblins. They were attacking a small village near the Wyld until the group forced them to stop.

A beleaguered Sidereal that was first shown bringing Ten Winds a horse in comic 108. Has appeared several times since, talking to Ten, his Sifu

Misho's Lunar mate, holder of the Moonsilver key. Survived the Usurpation, but not without cost. His status is kept hidden from Misho by Marena.