Webcomic / Daughter of the Lilies 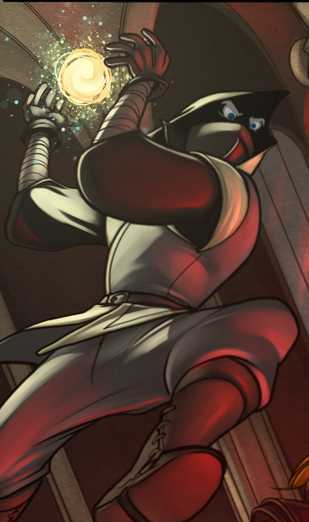 Thistle, making like The Cavalry.
Daughter of the Lilies is a comic largely about the importance of self-worth, the different forms love can take, how it can redeem and empower us, as well as issues relating to anxiety. (There are also unicorns, manticores, ghouls, goblins, cannibalistic elves, dragons, gods, fairies, ghosts, werewolves, demons, angels, and so on.)
— From the "About" page.
Advertisement:

Daughter of the Lilies

is a fantasy webcomic drawn by Meg Syverud, author/artist of One Question, and colored by Jessica "Yoko" Weaver.

Thistle is a hooded combat mage on the run from her past. She's hired on by an Orc mercenary named Orrig to work with him and his rather fractious employees. The comic follows her adventures as well as her burgeoning romance with Brent, a part-orc swordsman with his own anger-management and insecurity issues.

The first page can be found here.

The comic is on hiatus until October 2022 due to contract reasons.note No new content can be shared until October 2022, but in the meantime the plan is to 'rebroadcast' the previous pages from the beginning with remastered art and commentary.

Daughter of the Lilies provides examples of:

open/close all folders
Tropes A to E
Tropes F to L
Tropes M to P
Advertisement:
Tropes R to Z