Characters / Daughter of the Lilies

Character page for the webcomic Daughter of the Lilies. Beware spoilers! 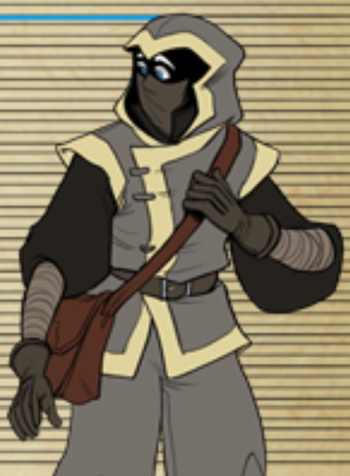 A kind-hearted mage with a love of plants, deep-seated self-esteem issues, and a face that she refuses to show. She joins Orrig's group because she needed the money, but finds more camaraderie than she expected. 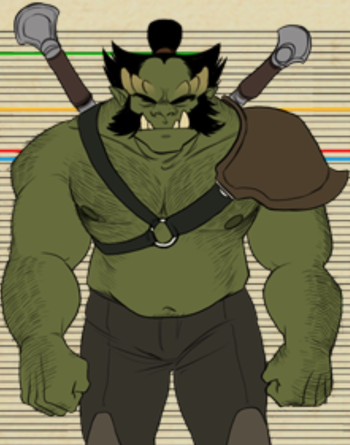 A stoic, level-headed orc mercenary who hires Brent, Lyra, and Thistle to take on new, bigger contracts. He finds himself often slipping into the role of the father figure, or at least the beleaguered sane man of the group.
Lyra 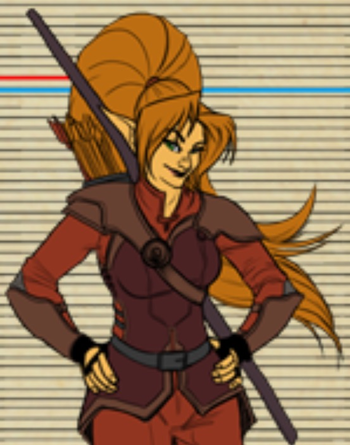 A brash, uncouth, confrontational elf who's a dab hand with a bow. Working for Orrig lets her indulge all of these traits, perhaps more often than he'd like.
Brent 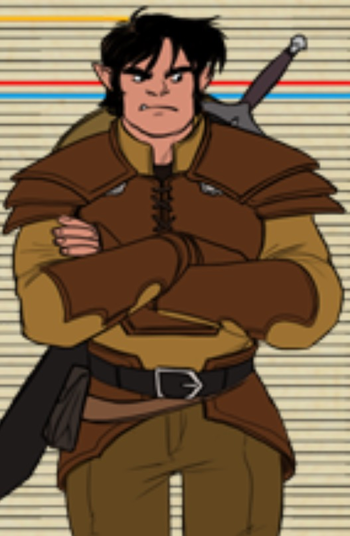 A hot-headed young mercenary who caught Orrig's attention by punching him in the face. Now part of Orrig's squad, navigating the unfamiliar waters of niceness with Thistle.

"Ooh no. Not in my town."
An adept water mage from an Academy town. Margot first shows up to rescue a friend from a tight spot, then finds herself involved with Orrig's crew — some members more than others.
Master Wu 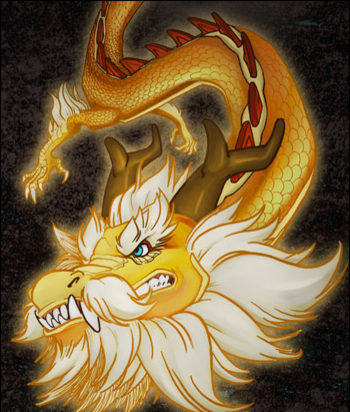 A powerful Wizard at the Mages Academy, with even more powerful connections. Intimidating though he can be, he is implacable in protecting those in his charge. 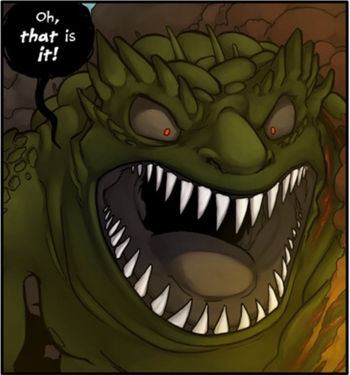 An ancient, cunning drath summoned into the body of a toad during the flashback to when Thistle joined the team. After the mage who summoned him loses control and gets eaten, he grows to giant size and attempts to open a giant portal to hell. ("Brody" is a more-or-less official nickname from the author; his name in-universe is unknown.)
Professor Gwendolyn Patricia von Caedhin
An arrogant mage and inventor (or rediscoverer) of Drath summoning techniques, who is somehow connected to Thistle.
T'Fa'Nii the Clanless
A buxom warrior woman starring in a popular series of "kinda racist" fantasy books published in-universe.