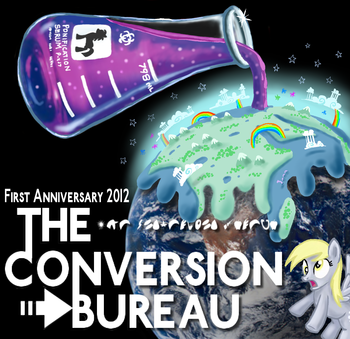 A dream of the future, doomed to split the world in twain...
"Human bodies are icky and big and ugly and...and mean! Humans are mean!"
— Pinkie Pie
Advertisement: