The villainous teams of Pokémon Ruby and Sapphire, and their remakes. Two groups of eco-terrorists, Team Aqua and Team Magma seek mutually exclusive ends. The former, led by Archie, wants to expand the world's oceans; the latter, led by Maxie, want to expand the world's landmasses. Both of them seek to revive the ancient Legendary Pokémon of the Hoenn region to achieve their goals, which would have grave consequenses if successful. Naturally, the two do not get along.

In the remakes, Pokémon Omega Ruby and Alpha Sapphire, the teams' motivations were given more depth. Team Aqua is an Animal Wrongs Group that believes humanity has negatively impacted Pokémon, and seeks to expand the oceans as a means of resetting the world back to its primal state. Team Magma, meanwhile, wants to allow humanity to develop even further, and creating more land at the expense of Pokémon is their means of doing so.

For the first (and so far, only) time in the series, which team fought is version exclusive; Ruby and Omega Ruby players fight Team Magma, Sapphire and Alpha Sapphire fight Team Aqua, and Emerald has players dealing with both.

Tropes that apply to both organizations as a whole:

"The land... It is the stage upon which humanity stands. The land exists so we humans might continue onward and upward, stepping into the future... For us to continue growing and evolving, humans require a grand stage upon which to stand. A land upon which we can stride forward... A land we can explore...develop...exploit... This is the basis for the growth of all human endeavor. That is why we, Team Magma, must increase the landmass of the world! Believe that this will lead to a future of eternal happiness for humanity... And consequently for all life!"
— Maxie 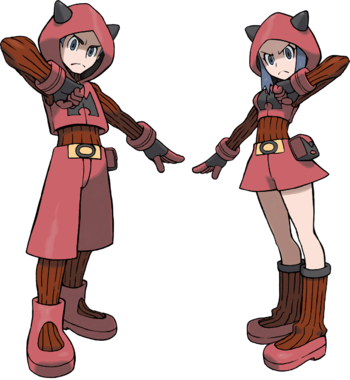 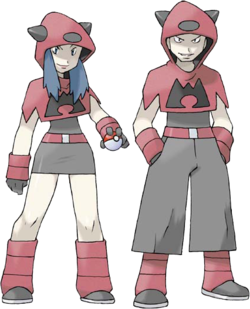 "But now I just want to...engage you and see what happens! I want to...analyze you!" 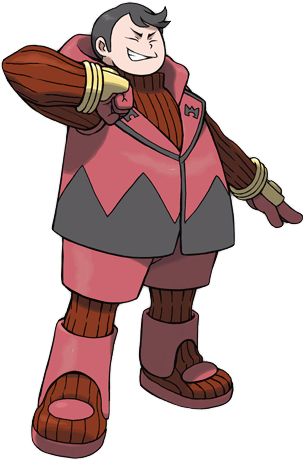 "The sea is an irreplaceable treasure for every living thing on this planet. But with our selfish extravagance, humanity dirties the great ocean, destroying this source of all life... Day by day, we're all destroying our most precious resource! If we humans suffer from our actions, well, maybe we'll end up getting what we deserve. But what about the Pokémon in our world? The Pokémon that no longer have a place to live because we stole and soiled their seas? The Pokémon that won't have a place to raise their young and watch them grow? We are creating a world in which innocent Pokémon suffer as a result of our actions... And that is something that I can't forgive! That's why I came to a decision, see? The foolish actions of my fellow humans, the seas we have blighted, nature itself... I will return everything to its unspoiled beginnings!"
— Archie 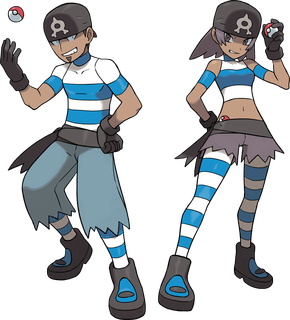 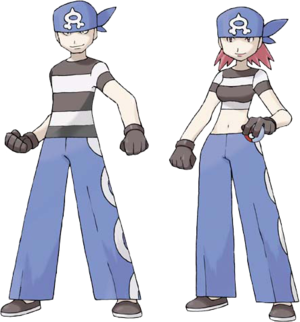 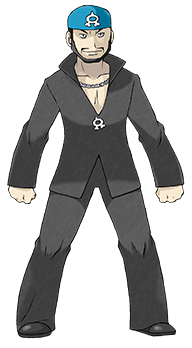 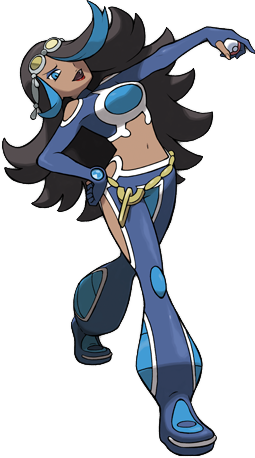 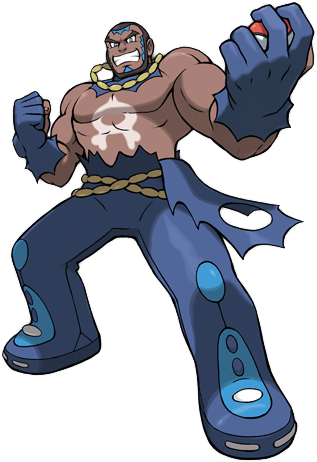