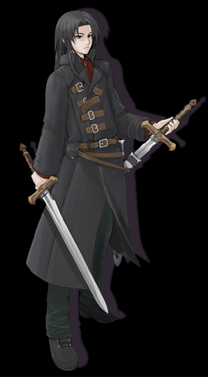 A powerful "Ancestor" of vampires, who is mistaken for a hero by Luna and invited to her village.

A villager of Algiz who aspires to practice medicine. 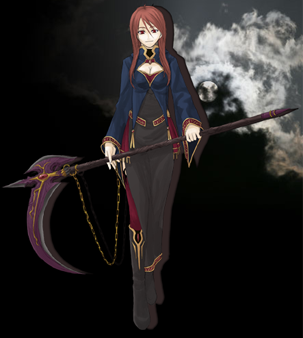 Reviel's rival, who constantly tries to come up with a way to surpass his power.
Khaos (MAJOR SPOILERS) 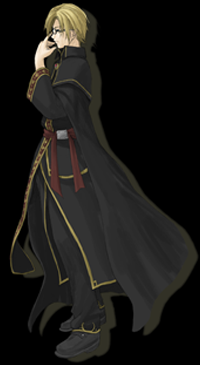 A hermit who lives in a small house nearby Algiz.

A skilled vampire slayer who shows up in Algiz at around the same time as Reviel.
Roshule Hannibal

A blacksmith who makes common hardware in Algiz.
Madoc

The local equipment shopkeeper in Algiz.

The item shopkeeper in Algiz.
Hypnosis

The "Satan of the Fiery Hell" who was once defeated by Jed Hannibal. Unfortunately, he is later summoned through a wormhole to attack Algiz.