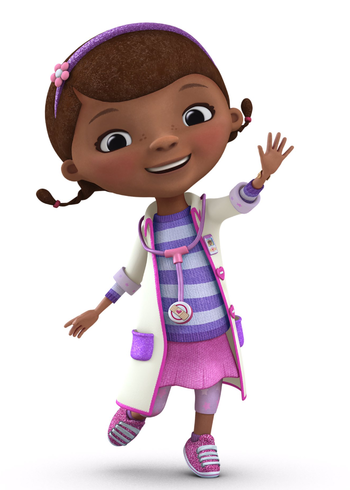 "There's something I've learned from being a doctor for so long. It's that everyone has a hero inside of them."

The main character of the series. Doc is a six-year-old girl who likes to fix toys, dolls and stuffed animals. She also wants to be a doctor like her mother, one day. 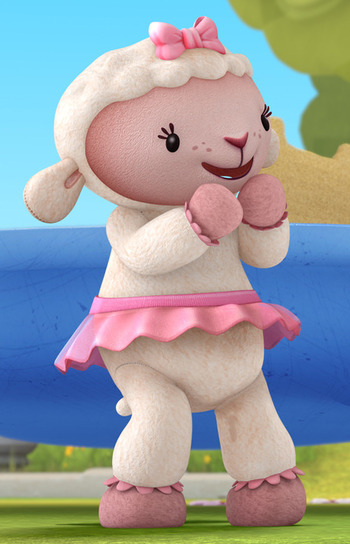 "I've been dancing a long time, but what I love the most is dancing with all my friends."

Lambie is as soft as the wool covering her! She is gentle and sweet, but usually not timid or shy. She gives good advice and loves ballet. Lambie is a very sweet character with a very sweet voice. Her biggest passion is giving cuddles to anyone who needs one, toy or person. If she thinks someone is sad she will give them advice in song and almost always cuddle them. She's also Doc's very first stuffed animal she received from her dad as a baby. 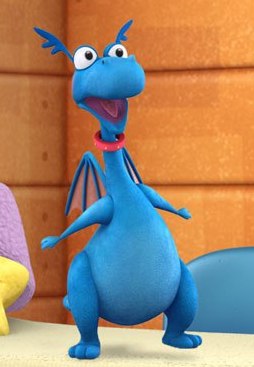 "New toys are just friends we haven't played with yet."

Stuffy is a rambunctious stuffed blue dragon who is always tripping or running into things... which makes being one of Doc’s best friends rather convenient. Stuffy tries to be the bravest dragon of all but does not succeed at that every time. 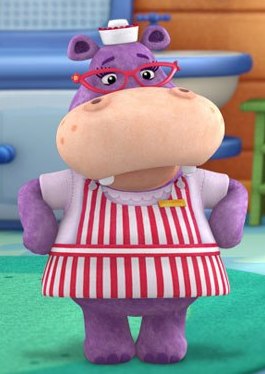 "Scars tell a story about you, fairycakes. About the life you've lived and the amazing things you've done!"

Hallie is a stuffed hippo and a nurse who is Doc's assistant. She is friendly and treats Doc's patients with respect and good care. She is good friends with Doc and the other stuffed animals. She also has Radar O'Reilly-like intuition as to what Doc needs during an exam, which she calls a "Hippo Hunch". Within the story of the show, she originates from the television series The Hallie Hippo Happy Hour. 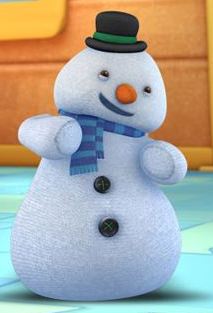 "You can never be too prepared."

Chilly is a stuffed snowman who worries a lot and isn't always sure that he isn't going to melt like a real snowman. 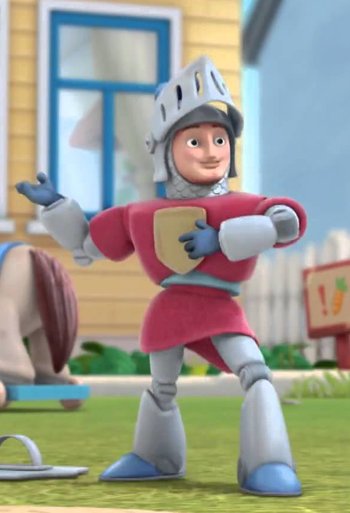 "A squire helps the knight. They help me up on my horse, pass me my jousting lance, that sort of thing."

Sir Kirby is an armored knight action figure with a English accent who belongs to Donny. 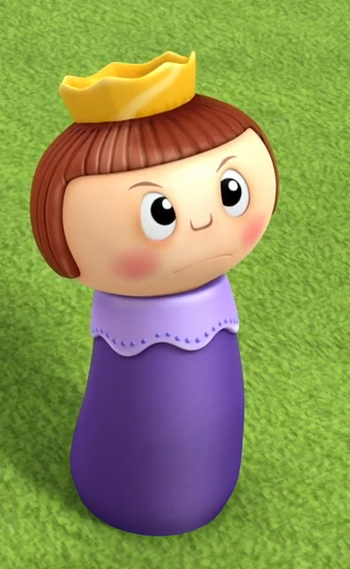 "To the clinic! I would point dramatically if I had arms."

The Wicked King sometimes acts like an evil toy when he's involved in playtime. He resembles an old Fisher Price's Little People toy because he doesn't have any hands.

A Japanese action doll Doc got from her grandmother.

Voiced by: David B. Mitchell

A wind-up mermaid toy that Doc found in "Get Set to Get Wet".

A plush owl who was a gift to Doc from her cousin Tisha.

Squibbles is a toy pet who was found in the park by Doc, Stuffy, Lambie, Chilly and Squeakers while they were playing hide and seek. Doc decided to take Squibbles home to make signs in an attempt to find his owner, but during this time he would follow Stuffy around and lick him, much to Stuffy's annoyance. But as time grew on, Stuffy grew to love Squibbles and was very sad when his kid came to pick him up not wanting him to go. Luckily, this wasn't Squibbles' kid and Stuffy gets to adopt Squibbles.

She is a toy from Lost And Found Land. She's later revealed to be owned by Doc's grandmother.

The parents of Doc, Donny and Maya.

The newest member of the McStuffins family.

A boy with a huge imagination who is accidentally transported to McStuffinsville the day of a big storm.