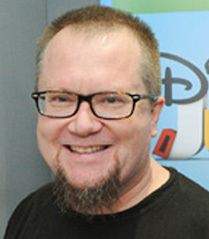 Robert Anthony Rist was born on April 4, 1964 in Los Angeles, California. He first shot to fame portraying Cousin Oliver in the final six episodes of The Brady Bunch. In the years that followed, he starred in Big John Little John, Kidd Video, Lucas Tanner, The Mary Tyler Moore Show and Galactica 1980, as well as some guest appearances in CHiPs, Whiz Kids and Lou Grant. He also played Booger in the television adaptation of Revenge of the Nerds.

His first film credit was Milo in Iron Eagle. He provided the voice of Michaelangelo in Teenage Mutant Ninja Turtles and of Star in Balto.

Rist voiced a character in the Batman: The Animated Series episode "Baby Doll", which satirized his role as Cousin Oliver.