Web Video / A Heist with Markiplier 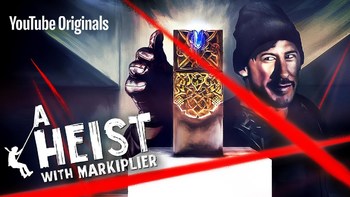 You do remember the plan... right?
Advertisement:

A Heist with Markiplier

The production features a widely branching narrative, with the player taking the role of Markiplier's partner in crime.

After the conclusion of his and Ethan Nestor's experimental channel Unus Annus, Mark confirmed that Heist would in fact have a sequel; the title was confirmed on September 3rd, 2021 to be In Space with Markiplier.