Characters / A Heist With Markiplier

Mark Iplier
The player's partner in crime, in search of a mysterious box.
Played by: Mark Fischbach 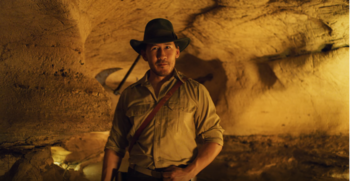 The name's Illinois. Pleasure to meet me. And I know what you're thinking; Yes, I am single.
A daring, confident adventurer.
Played by: Mark Fischbach
Yancy 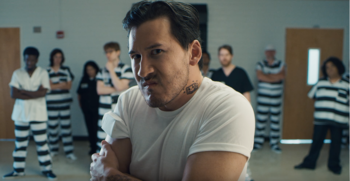 So, tell me; do you still wanna be free?
The "leader" of the prisoners at the Happy Trails penitentiary.
Played by: Mark Fischbach
Captain Magnum 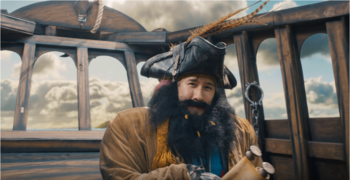 Mayhaps the truest treasured gold is about the friendships you make along the way.
A pirate captain on a search for treasure.
Played by: Mark Fischbach
The Hermit 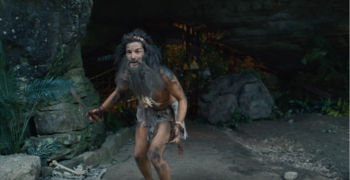 I'm so sorry about the state of my cave. I didn't realize that I would be having some guests... for dinner.
An eccentric man with a penchant for meat who lives in a cave on a deserted island.
Played by: Matthew Patrick
The Scientist 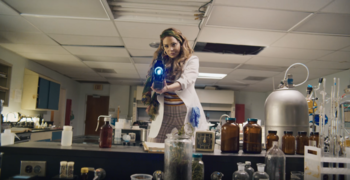 Exactly. Exactly. None of this makes sense.
Dr. Beauregard, a scientist studying the Zombie Apocalypse and its potential cause.
Played by: Rosanna Pansino 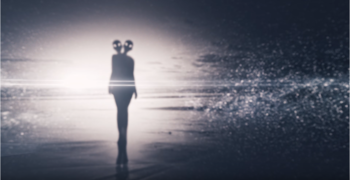 You will always be remembered, Um Wait, just not by you!
An alien with two heads, briefly encountered in Ending 23.
Voiced by: Arin Hanson & Dan Avidan
The Soldier 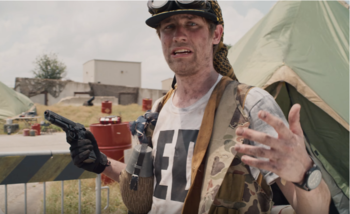 Good old trusted Ed. Left alive to clean up the mess.
Ed, a soldier stationed at Fort Brannagan, the last stronghold against the Zombie Apocalypse.
Played by: Chance Morris
The Warden 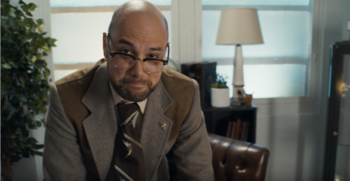