Character subpage for Wilford Warfstache. Spoilers for Who Killed Markiplier? will be unmarked! 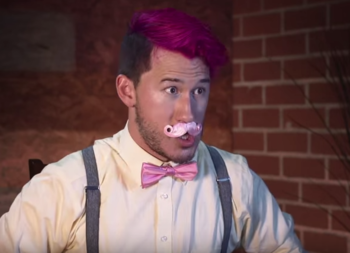 WARFSTACHE DON'T TAKE NO SHIT FROM NOBODY
Click here 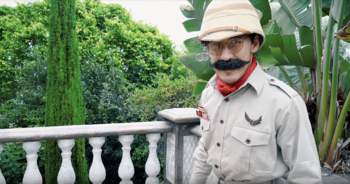 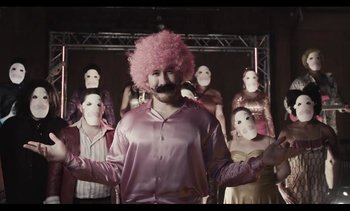 He is currently a senior reporter for AFC News. He quickly became a rising star for his hard-hitting journalism after he interviewed Slender Man, and went on to interview Phone Guy, and Markiplier himself. While he was a senior reporter, he went on to host his own show Warfstache Tonight! which would later become a talk show. He also pitched an idea for "Markiplier TV" (in which he hosted the game show Disc of Riches in place of Bim Trimmer), but was turned down.

“Who Killed Markiplier” reveals his backstory: he is a former Colonel whose real name was William J. Barnum, until he tragically suffered a complete mental breakdown that led to him eventually changing his identity. After this event, he traveled across the world using many pseudonyms while hunted by Abe the Detective, and encountered him during what seems to be the 70's while under the name "Wilford Motherloving Warfstache". It is unclear how much later Wilford became a journalist.