Manga / The Rose of Versailles 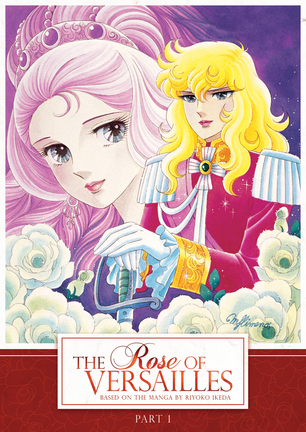 The Rose of Versailles (Berusaiyu no Bara) is a historical drama manga by Riyoko Ikeda, depicting the French royal court at the palace of Versailles

A Takarazuka Revue adaptation of this work is one of the most popular. There's also Lady Oscar, an obscure Live-Action Adaptation by French director Jacques Demy generally considered to be So Okay, It's Average. It is notable, however, in that it came out before the manga had ever been officially translated, resulting in famed translator Frederik Schodt having to scramble to make one for the production company. He did this by blazing through the manga and writing his translations right on the pages in pencil. In spite of the director's name, the film was never released in France.note Though the French website Nanarland, which chronicles So Bad, It's Good movies, has an article on it, concluding: "It's as if producer Luc Besson forced a well-known Japanese director like Takeshi Kitano to make a film about the Meiji era that ridicules both its director and Japanese history." The French dub of the anime kept that title.

The manga is notable for being highly influential for the Shoujo category. Elements of it can be seen in shows like Revolutionary Girl Utena and Le Chevalier d'Eon. In 2009, a live-action series called Haken no Oscar aired in Japan, which constantly references The Rose of Versailles.