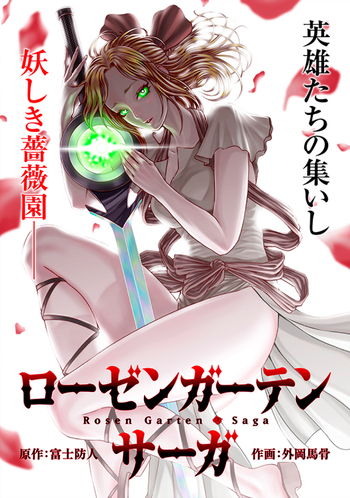 Lynn's life suddenly changes when the people in her village are attacked and raped by bandits after the hero of her kingdom, Prince Siegfried, was killed. She flees into the nearby forest where she finds a magical sword. This sword is possessed by the spirit of Siegfried, who takes control of Lynn's body to defeat her assailants. Her village is then saved by an army led by Brunhild, the queen of the neighboring kingdom of Burgundy.

Vowing to become a strong woman like Brunhild, Lynn is invited to enter the Rosengarten Schlacht, a tournament where the winner will be rewarded with the treasure Siegfried left behind after his death. Lynn and Siegfried then decide to participate in the tournament. Lynn wants to win to get Queen Brunhild's attention, while Siegfried needs to get his hands on one of his magic tools that can revive him.