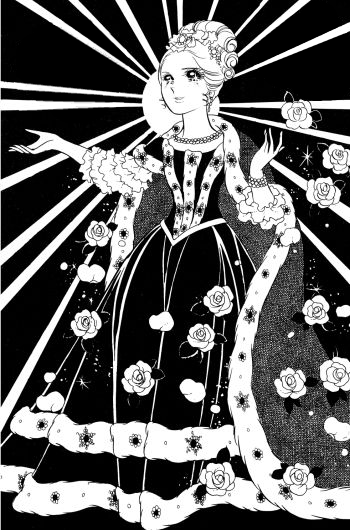 What fits a Crown Princess more than an ermine dress and cape? How about bejeweled ermine?

Pimped Out Dresses in Anime and Manga.