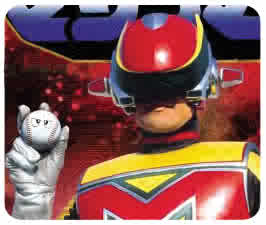 Seiun Kamen Machineman (Nebula Mask Machineman) was a Japanese tokusatsu series exhibited in Japan during January 13 until September 28, 1984, telling the adventures of Nick, a.k.a Ken Takase, a college student from the Ivy planet (located at the Pleiades) to study the behavior of the Earthlings.

He later gets involved with foiling terrorist attacks by an organization called Tentacle, which made its mission to kill all children throughout Japan.

The show can be watched at the Toei Tokusatsu Youtube page