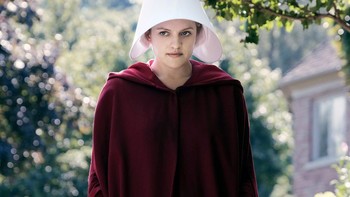 The main protagonist. June was an editor Happily Married to her husband Luke, with a young daughter named Hannah—both of whom she was separated from when Gilead took over. June is one of many Handmaids, fertile women who did not comply with Gilead's views (as Luke was a married man when they began dating) and are thus forced to bear children for Commanders in light of the population crisis.

At the start of the series, June is the Handmaid of Commander Fred Waterford (and is thus named Offred) and his wife, Serena Joy. She's living a life of constant fear and pain in Gilead, but the series kicks off when she learns of the underground organization Mayday, who are trying to help Handmaids and others escape. 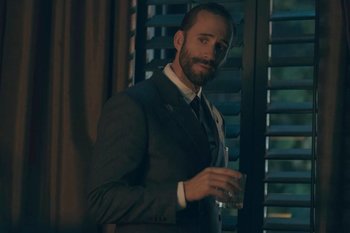 Commander Fred Waterford is the head of the household for whom June serves as their breeding slave at the start of the series. Fred is highly esteemed in Gilead, as one of the founding members who allowed its takeover in the first place. The result of this, however, is a very strained relationship with his wife Serena Joy, who has to partake in his monthly ceremonial rape of their Handmaid. Fred turns to June for some form of companionship, but as the series goes on, we see more and more that he's a man obsessed with control. Ultimately, it is this desire for control that results in his downfall and capture in Season 3 and his execution at the hands of June in Season 4. 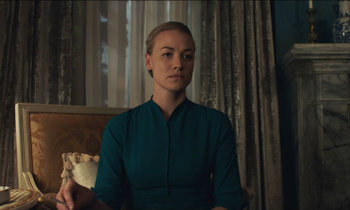 Serena Joy worked alongside her husband Fred Waterford to found Gilead. Prior to its takeover, she published a very polarizing novel, A Woman's Place, advising all women to be housewives and mothers to fulfill their "biological destiny." While their efforts succeeded, Serena Joy now lives a life of misery, as Gilead's misogynistic laws also apply to her now. She is no longer allowed to read or write, and has to partake in her husband's ceremonial rape of June—something she holds the Handmaid in contempt for, although she is hopeful that June will provide them with a child. 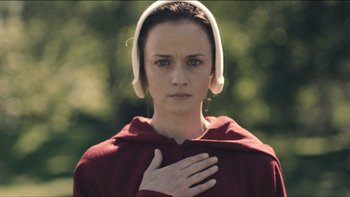 A fellow Handmaid assigned to be June shopping partner. She's also the second of three women to carry the title of Ofglen. At first June doesn't trust her and finds her to be a stickler for rules, but soon finds out she's a member of the underground organization Mayday. Emily was formerly a college professor Happily Married with a son—while Gilead now executes people for "gender treachery", i.e. homosexuality, Emily has instead been forced to be a Handmaid due to being fertile. 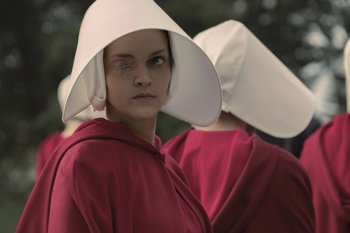 A fellow Handmaid in Gilead. Janine was formerly a fiery woman with a young son named Caleb, but after being separated from him and tortured by Gilead (losing an eye for talking back to Aunt Lydia), Janine is now rather ditzy and tender-hearted. Despite this (and a rather unhealthy relationship with Aunt Lydia), June has a soft spot for her. Janine is the Handmaid of Commander Warren at the start of the series, and is pregnant with a baby girl. 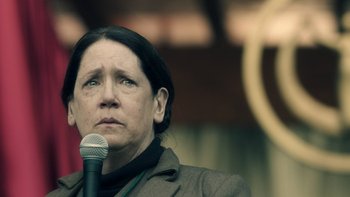 The brown-garbed head of the Red Centre. As an Aunt, Lydia's job is to train the Handmaids—which means brutally punishing them when they step out of line. Despite her often sadistic treatment of the women forced into sexual slavery, Aunt Lydia insists that it's her job to protect Handmaids, and has an oddly friendly relationship with Janine. 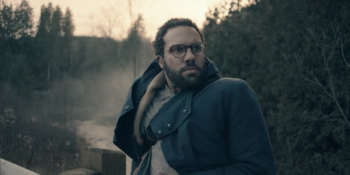 The husband of June. Initially thought to be killed by Guardians, it is later discovered that he survived and made it to Canada. He's trying his hardest to get his wife and daughter out of Gilead, but he's been struggling for years. 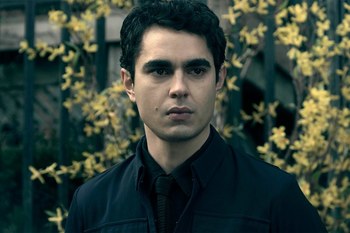 A driver who works for the Waterfords. He is later promoted to Commander and is implied to have played a critical role in the rise of Gilead. Serena Joy forces him to have sex with June to sire a child when it becomes clear Fred is infertile—but after this, he and June start a mutual affair. He tries to help and protect June as best as he can, but can only do so much when they're always being watched. 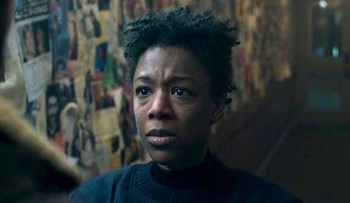 June's best friend. Though she's a fiery woman who refuses to stand down for anything, Moira is forced to become a Handmaid when Gilead takes over—though she's a lesbian, being fertile has spared her execution. At the start of the series, June has not seen her for some time, as the two of them were separated during an escape attempt. 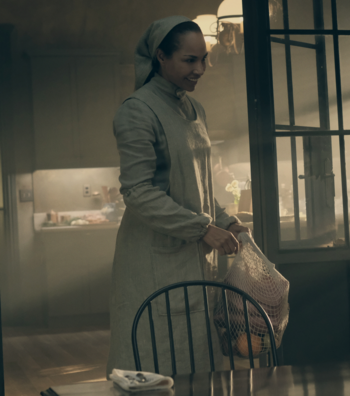 A Martha who works as a domestic servant in the Waterford home. She starts off rather stiff-lipped and icy, but has a soft spot for June and her plight and gradually warms up to her. She's one of the few people in Gilead June trusts. 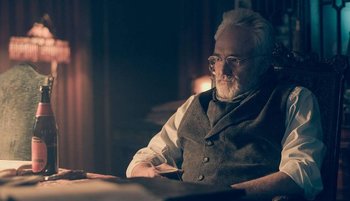 The head of Gilead's economic strategies. Lawrence is a man so powerful, the other Commanders come to him when policy meetings need to be held—never the other way around. Shrouded in mystery, Lawrence at first seems to be the same as all other Commanders, but he's later revealed to at least partially be trying to help Handmaids trapped in Gilead.