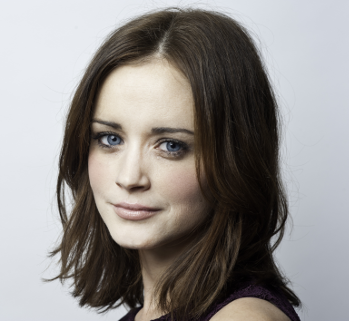 "The success of the show is overwhelming. It's like being Alice at the Mad Hatter's tea party because you never know what's going to happen next."
Advertisement:

Kimberly Alexis Bledel (born September 16, 1981 in Houston, Texas) is an American actress and model of Mexican and Argentinian descent. Alexis engaged in community theater when she was 8 years old, at the behest of her mother Nanette as a way to get over her natural shyness.

She first started modeling at the tender age of 14 after being scouted in a local mall. At 18 she was asked if she'd like to audition for some acting parts and landed the role of Lorelai Leigh "Rory" Gilmore in the show Gilmore Girls in her very first audition; probably had something to do with her big blue sparkling eyes. Her portrayal of the character earned her several honors from teen-centric media. After the end of Gilmore Girls, she has concentrated on her film work and restarted her modeling career.

She is married to fellow actor Vincent Kartheiser, and they have a son.