A list of the side characters in the Ratchet & Clank series. 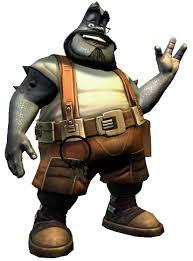 An eccentric waterworker with a tendency to pop up anywhere Ratchet and Clank go, no matter how improbable it seems. 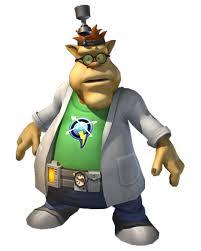 A mechanic and inventor who occasionally assists Ratchet and Clank in their adventures. 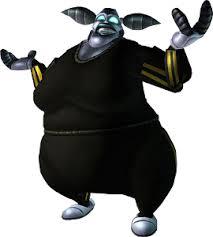 Qwark's fitness trainer, known for her "sensual powers of seduction".

A professional surfer-dude type hoverboarder with "nerves of steel".

Owner, founder, and CEO of Megacorp. 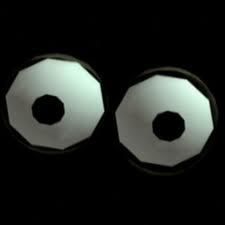 Slim Cognito (or all we get to see of him, anyway).
English voice by: James Horan, Patrick Seitz (2016 game)

A shady character (literally, all you see are his eyes) who deals with illegal modifications in the Bogon Galaxy. He shows up in the Solana Galaxy in Up Your Arsenal after "accidentally" selling a mod for a Suck Cannon to a minor. It's probably best that we not know anything more. 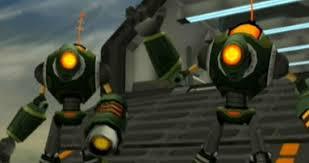 Cowardly robots who protect the Solana Galaxy. They think Ratchet is their sergeant.

Announcers for DreadZone and Vox News who appeared in Ratchet: Deadlocked. Known to mock and slander Ratchet throughout the game. 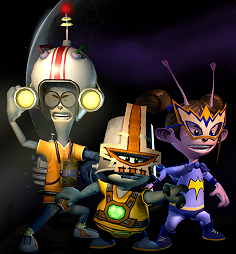 Three children who are used by Vox for his commercials for DreadZone. They're all big fans of the show, and especially Ratchet. 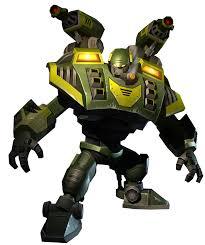 The first of the Exterminators that Ratchet faces in DreadZone. 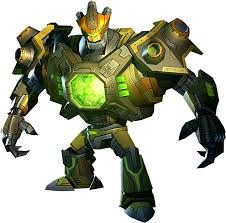 The second of the Exterminators that Ratchet faces in DreadZone. 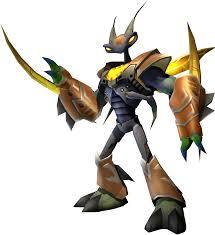 The third of the Exterminators that Ratchet faces in DreadZone.

As his name implies, he's a somewhat shady type with access to all sorts of weapons and gadgets. Despite his criminal leanings, he's there to help Ratchet - for a price, of course. Only appears in the PS3 ventures. 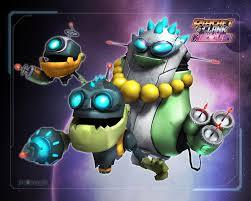 A recurring character and weapon who debuted in Tools of Destruction. Best known for his sadistic comments whenever he is in play.

A Terachnoid introduced in A Crack in Time. Originally working for Dr. Nefarious to help with the creation of the Hypersonic Brainwave Scramblers, and reappears in Into The Nexus.

Jarvis
A Terachnoid who serves as an ally to Azimuth. Only appears in A Crack in Time.