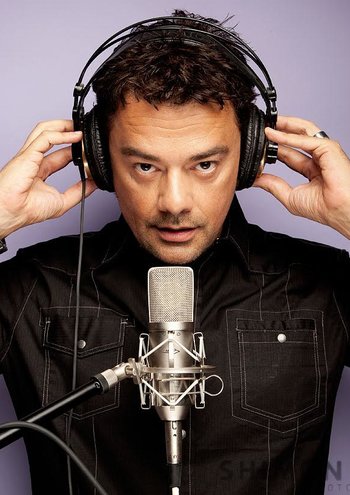 Brian Dobson (born September 9, 1973 in London, England) is the third of three brothers, the others being Paul and Michael, who are well-known for their talent as voice actors (usually working with The Ocean Group).

His well-known roles include Martin Da Costa in Mobile Suit Gundam SEED, Red Alert in Transformers: Armada and Transformers: Cybertron, as well as The Thing in Fantastic Four: World's Greatest Heroes and Skeletor in He-Man and the Masters of the Universe (2002).

In the Ocean dub of Dragon Ball Z Episodes 168-276, as aired in Canada, he also did the voice of Evil Buu and Super Buu, as well as a few voices in Black Lagoon including the mafia cowboy, Russell.