"You know what they say. All voice actors voice voices!" 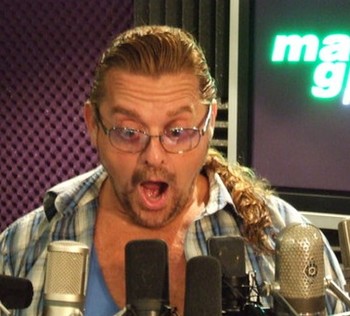 Marc Graue (born December 12, 1953 in Los Angeles, California) is a voice actor in video games and film as well as a demo producer. He rose to prominence by providing voice work in the 1994 video game, Hotel Mario. Since the 1970s, he owns Marc Graue Recording Studios for audio sessions at Burbank, California.