The cast of End Roll.

Warning, due to the structure of the story, many of the details of the characters are spoilers. 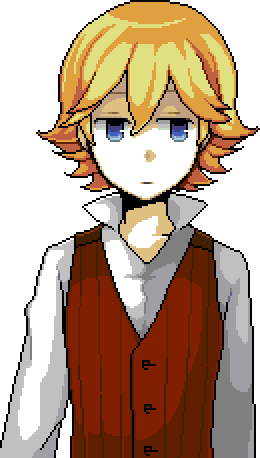 A young boy who can't feel regret. He's participating in the Happy Dream Project as part of an experiment to see if remorseless criminals can come to understand guilt through extraordinary means. 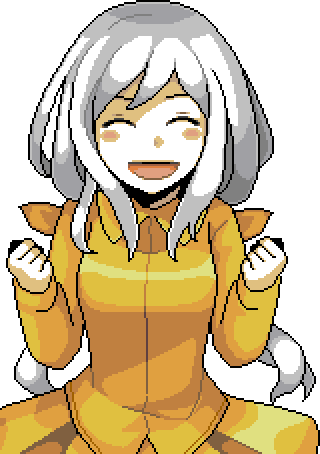 hAPPY bIRThDAY tO yOU...

A cheerful girl right around Russell's age. She runs a restaurant in her own home, following in the footsteps of her father, an incredibly talented chef that she wants to be like when she grows up. 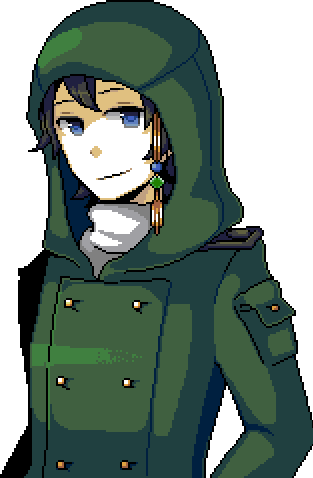 A caring, easygoing young man who looks after animals and livestock. He's Russell's closest neighbor, and while he seems a bit lazy at first, he's reliable and will get any job done. 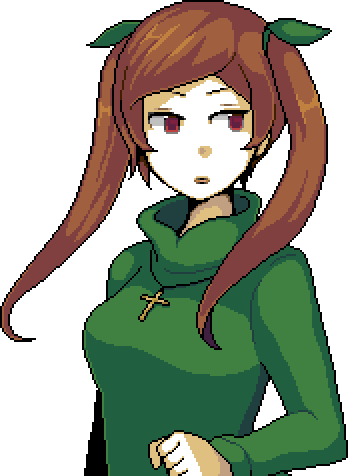 A standoffish young woman who harvests and sells plants. She tends to keep her feelings to herself, even bordering on shyness sometimes, but she's very headstrong and responsible. She's Dogma's younger sister. 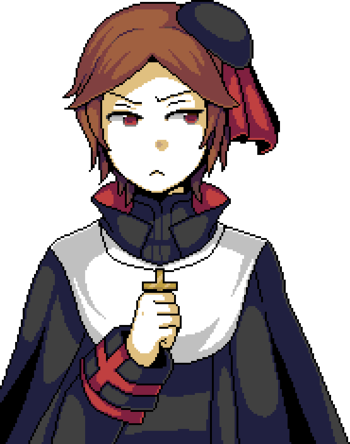 A stuffy, serious preacher man who runs the church in Nameless Town. He is deeply devout, thinking of God in all he does, but despite his sometimes-unapproachable personality, he is forgiving and understanding. He's Cody's older brother. 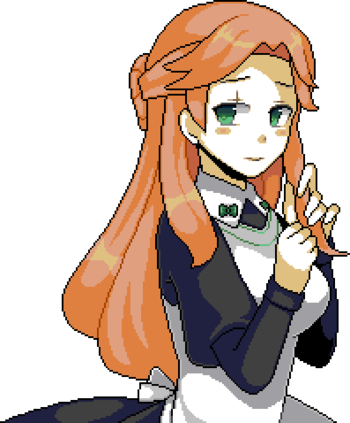 A shy young lady working as a maid in the home of Mayor Saxon. She's easily flustered and gets nervous over seemingly small things, but she's a sweet and considerate woman. She also seems to have a bit of a crush on the mayor. 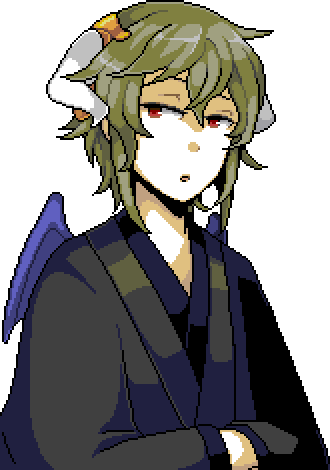 A carefree, laidback man who brews and sells herbal remedies in his medicine shop. He's always pleasant and friendly, though he has an odd, antiquated way of speaking that he picked up from his beloved grandfather back home. 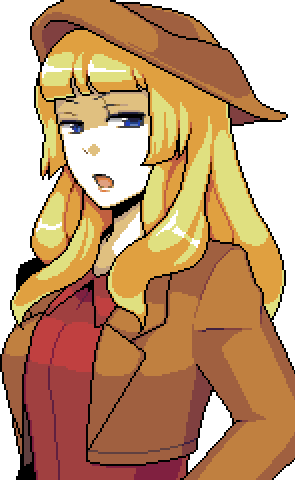 A tough, spirited woman who works as Nameless Town's sheriff and peace-keeper. She's very strong physically, and she's the kind of person anyone can depend on, but her temper and passion can get the better of her sometimes. 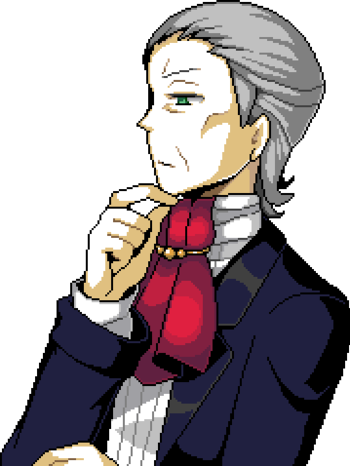 A stern, serious man who's the mayor of Nameless Town. He takes good care of his town's people, and despite the cold vibe he gives off, he's kind and approachable. He's also anemic and too frail to be outside for very long. 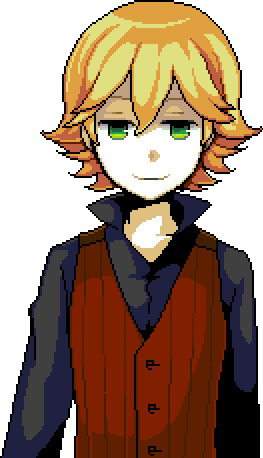 Russell's main way of learning about the dream world around him. He's a smug, malicious young boy who looks exactly like Russell, except for minor differences in eye and shirt color. He isn't afraid to hit Russell where it hurts, but it's clear he does so constructively. 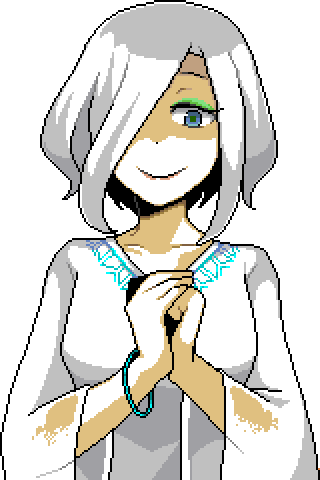 An employee at Dreamsend Guidance Inc, an area that allows you to to teleport to other areas you’ve been to before. Her job is to casually teach and guide the dreamer so they don't lose sight of their goals. 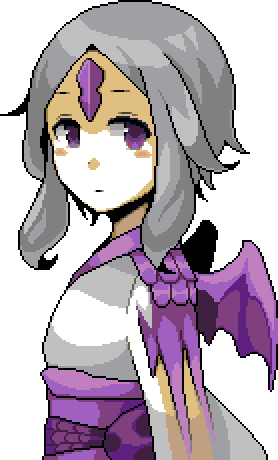 Raymond’s boss who appears as a shopkeeper in Russell’s dream. Works for Dreamsend Trade. 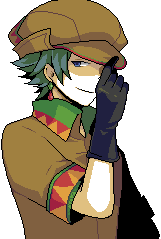 A local peddler who can be bought from multiple times. 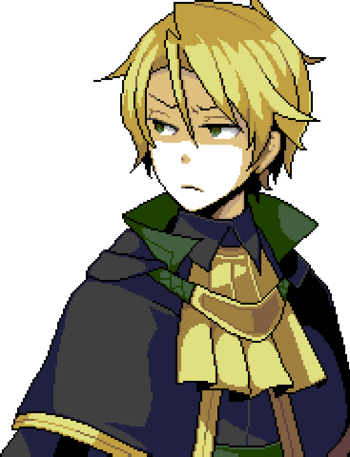 Russell's only real friend who lived in a rundown apartment complex with his mother. He has a slightly brash personality, but he means well, and he gives Russell a safe place to crash when he needs it.

The “Ones” (Spoiler Warning)

In General
The main bosses of the game. They are fought at the end of each Day in the week, and represent some part of Russell’s psyche, and that of his victims.
Witnessing One
”We saw. We saw what you did to him.”

The first One to appear when Russell and Tabasa found Gardenia's hair ornament. It has two forms, the first being a tower of green eyes and the second a blue laughing monkey. 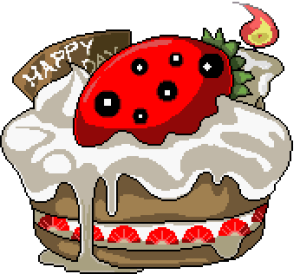 ”Gardenia, I’ll give you lots of happiness. My angel...Papa loves you.“

The second One to appear. He takes the form of a giant cake and represents Gardenia's father. 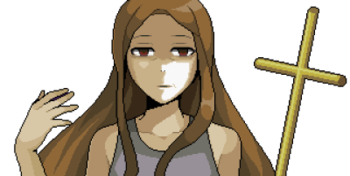 ”Return to your graves now. You are already...”

The third One to appear. She is the manifestation of the mother of Dogma and Cody. 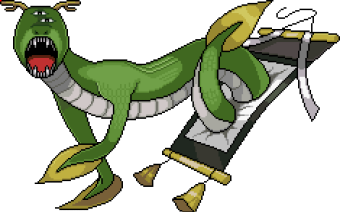 ”Are the elderly sad? At times that eats even into the hearts of healthy youths.”

The forth One to appear. His name suggests that he represents Kantera's grandfather. He is a green, wingless dragon with yellow horns and one eye on top of another. 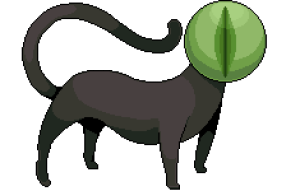 ”Green eyes are an embodiment of jealousy. Are they mine? Or hers? Or perhaps his eyes...?“

The fifth One to appear. It represents the jealousy of Mireille towards Saxon's wife in real life. It is a black cat with its head replaced by a green eye.

The sixth One to appear. He represents Russell's father. He appearance is three alcohol bottles merged together with red liquid (possibly wine) spilling out. 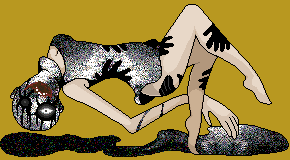 ”Did you really think you could be loved in a dream? What a joke! You idiot!“

The last One to appear, and essentially the main antagonist of the game. She is the source of the monsters that Russell fights, and she represents Russell's mother. She is actually a distorted image of his mother, wearing a short dress, a mask and is covered with black hand prints all over her body.

Humans who have inherited dragon blood, who's hometown is Dragon's Peak.

Miniature dragons that want to deliver stuff to people. 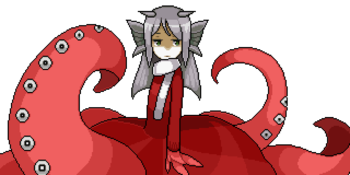 A humanoid octupus girl who resides in the Deepsea Hotel. She represents a girl got lost in a aquarium and helped by Russell, who is now twisted into a monster by Russell's mind. 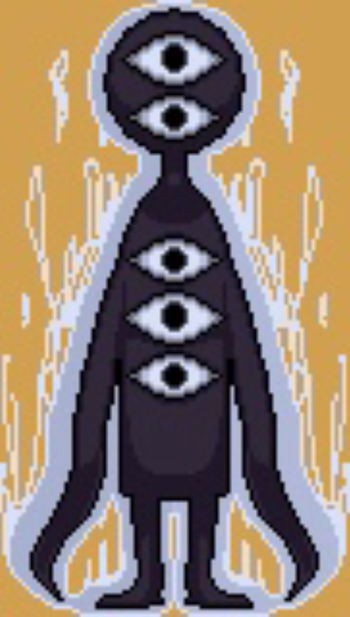 Mysterious shadow creatures that sometimes appear, either to tell Russell how much guilt he is feeling or to attemp to kill him.

”YOU CAN KILL ME , BUT YOU CAN NEVER RUN FROM YOUR SIN .”