A list of characters that appeared in End of Nations.

The Liberation Front in general 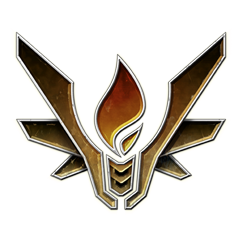 Nationality: British
Born to a working class family, Mary Dickinson attended law school, entered politics, and quickly rose to the position of Lord Chancellor.
In the aftermath of the U.N.’s invasion of Great Britain, Dickinson, facing a death sentence for refusing to pledge loyalty to the Order, fled, ultimately meeting General Chase and founding the Liberation Front. Dickinson’s goal: overthrow the Order and reconstitute the world’s pre-Crisis governments.

Nationality: American
An Army Ranger, Alec Chase consistently distinguished himself with his valor and tactical planning. When the United States became part of the Order, Chase went AWOL. On the run, he eventually met Mary Dickinson, and together they built the inner workings of the Liberation Front. General Chase oversees the Liberation Front’s military.

Real Name: Renee Signoret
Nationality: French
Renee may be the youngest “enlisted” soldier in the Liberation Front army. Responsible for at least 17 different fires, she was arrested for arson in France. Given the option to join the Liberation Front forces or go to jail, she chose the former.
Her colleagues often remark that “fire seems to obey her commands.” While she resents all authority figures and prefers to work alone, Fire Nymph has even less love for the Order of Nations. She’s slowly learning that, to defeat them, she must follow orders and work closely with her peers.

Real Name: Raul Lago
Nationality: Brazilian
Raul was once a simple farmer living outside of Salvador with his family. Suspected by the Order of Nations to be providing provisions to the Shadow Revolution, Raul’s farm and neighboring city were razed to the ground with a horrifying orbital bombardment. Raul was the only survivor.
After the massacre, Raul enlisted into the Liberation Front and took up the name “Hellbent”. Seeing his survival in the wake of his family’s deaths as a curse, Hellbent feels attuned to the afterlife and stalks his enemy as a self-imposed shamanic loner. Hellbent will pursue any opportunity to hunt the men responsible for his family’s death.

Real Name: Judge Raymond Walker
Nationality: American (Texan)
As a Dallas judge, Raymond Walker had an idealized view of the law. As lawlessness and rioting erupted Walker refused to stand with the Order of Nations and upheld the peace, barricading his courthouse and distributing food to the remaining law-abiding citizens.
Walker watched helplessly as marauders attacked his courthouse, burning it to the ground with 200 innocent civilians inside. Soon after, Walker joined the Liberation Front, using his strong ethics and adherence to military structure to bring law to the lawless and protect the innocent.
Advertisement:
Shadow Revolution characters

The Shadow Revolution in general 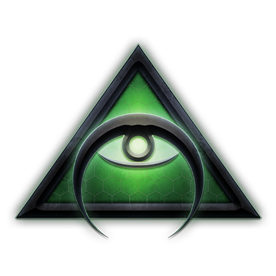 Nationality: American
Trapped in Romania as the U.N. transformed into the Order of Nations, Robert watched as his family was tortured and slaughtered. Robert swore he’d exact revenge on the killers, and years later reached out to sympathizers within the Order who were friends with his father. Poole and his followers in the Shadow Revolution aim to replace the Order with their own interpretation of what its founder originally envisioned.

Nationality: Japanese
Monkh Erdene was one of the Order’s top assassins, part of a group called the Black Ghosts. Wrongly accused of being a double agent and sentenced to death, Erdene killed her captors and escaped. She soon found Robert Poole and joined his efforts to combat the Order.

Real Name: Professor Yusaf Khan
Nationality: Pakistani
Yusaf Khan grew up in Pakistan, where he was a university professor in theoretical physics specializing in spatial phenomena and sub-molecular manipulation. Chosen by the Order of Nations to be their chief engineer in Russia, Khan welcomed the Order’s view on worldwide relief efforts, believing they would bring stability and peace.
After learning he was being used to commit horrible acts against humanity, Khan stole copies of his work, destroyed his lab, and joined the Shadow Revolution. With intimate knowledge of the Order’s technologies, Khan has proven a valuable tactical analyst on the battlefield.

"This better not be another drill..."

Real Name: Unknown
Nationality: Unknown
Sidewinder’s life before the Great Crisis, even her true name, is a mystery. It’s rumored that she was involved in an experimental training program to become one of the Order’s elite guards. If true, no one knows why or how she turned up fighting for the Shadow Revolution. Some stories place her in an Order camp in Magadan, where she supposedly escaped by hiding in a truck filled with corpses. Wherever she comes from, she has racked up more kills than any other Shadow Revolution pilot.

Real Name: Breanna Malfini
Nationality: Bahamian
Breanna Malfini was a track and field Olympic hopeful in her native Bahamas. When Breanna’s mentor came under suspicion of being a coalition spy, Order assassins bombed the training facility. The attack left her mentor dead and Breanna crippled for life, her legs destroyed.
Not one to give up, Breanna joined the Shadow Revolution, gravitating toward the mobile suited infantry specializing in maneuverability and speed. She helped to develop and modify a Pathfinder battle suit to regain the use of her legs, and now leads one of the fastest companies in the Shadow Revolution’s army.
Order of Nations characters

The Order of Nations in general 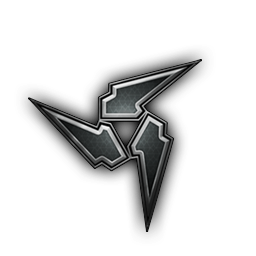 The apparent founder of the Order of Nations.

Current leader of the Order of Nations.

A significant figure of authority within the Order of Nations. Whether or not his title means that he's in a charge of a country or some other organization is unknown at the moment.

Another high-ranking officer in the ranks of the Order. Notably the equivalent of Olympic Games in Order-ruled world are apparently named after him, called Draxis World Games.

Real Name: Johan Brink
Nationality: South African Dutch
As a certified audiophile, Johan Brink has always been interested in audio engineering. By the time he was sixteen he had developed a new type of audio speaker that was smaller than a baseball. At twenty-two he had formed his own company in Cape Town and begun a burgeoning empire in home audio equipment. Brink Audio went on to become a household brand in most of Europe and Asia with Johan continually developing breakthrough products.
Eventually, Johan built an impressive recording studio, furnished with his equipment and state of the art musical instruments. He invited recording artists from around the world to work at his studio for free and enjoyed rubbing elbows with pop stars, opera singers and other celebrities.
But when the stock markets around the world plummeted, his friends no longer had money to throw around. Johan found himself alone in his recording studio, isolated and miserable. He had an epiphany. It occurred to him he had spent so much time within the bubble of celebrity life that he had lost touch with the rest of the world. The entire world suffered now and he could no longer stomach the idea of not helping out in some way.
With many ties to the ADS (an arms maker with its home operation in South Africa), Johan used both his connections and his money to convince the ADS to make him a unique vehicle. After outfitting it with several one-of-a-kind sonic-based weapons, Johan offered his services to any army that fought against the Order of Nations. At present, Johan brings his leadership and weaponry to bear wherever requested by the forces of "good."