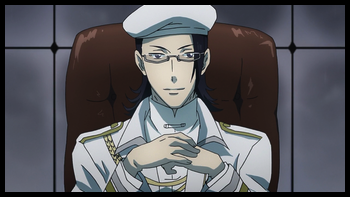 The supervisor of the Black Order. After his younger sister Lenalee was forced to become an exorcist, he joined the Order to be with her. Although lazy and disorganized, he does what he can to help the exorcists, such as repairing damaged anti-Akuma weapons. 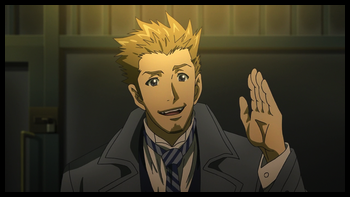 The long suffering section chief of the science devision. He likes soda and dislikes cigarettes and alcohol. Since he works for Komui, his entire division is incredibly overworked. 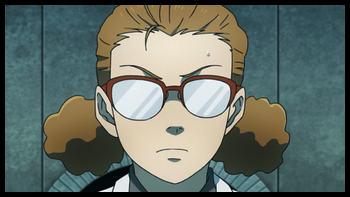 Another Science Division member. He works with Johnny.

A motherly cook from India who serves as a chef at the Black Order. He is very well-liked by most of his colleagues, partially for all the delicious food he makes.

The daughter of Inspector Galmar who helped around in Hearst Orphanage where Timothy lived. She joined Black Order to look out for Timothy. She is hinted to have a small crush on Kanda 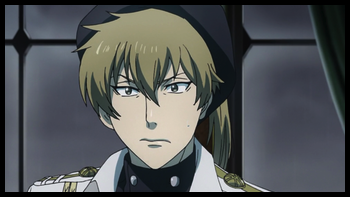 The Director of Asia branch. Also one of the few higher positioned Black Order members who actually get along with Allen, as Bak has shown great deal of concern for his wellbeing. He's compassionate -if a bit egoistical- man who helps Allen recover his Innocence after Tyki destroys it. Despite his (relatively) harmless habit of stalking Lenalee, Bak seems to be friends with Komui. It might have something to do with that they both care about exorcists and think that they're more than just tools for Black Order to use.

A 18 year old trainee in the Asian branch, who is always hanging out with Li Kei and Shifu. Was severely lovestruck when meeting Allen and hasn't got better since then.

One of the scientist working at the Asian branch of the Black Order. He is often seen accompanied by Rohfa and Shifu.

Another scientist seen working at the Asian Black Order branch. He is good friends with Rohfa and Li Kei and the trio are often seen together. 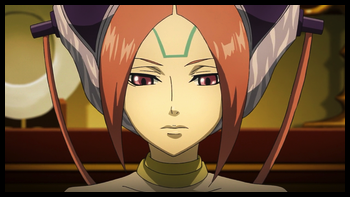 The temperamental guardian of Asia branch. Saved Allen's life by bringing him to their hideout when she found him on the brink of death after his encounter with Tyki. Since she is actually a spirit, For can maintain physical form for only some period of time. So when she gets tired, her body becomes transparent as well. 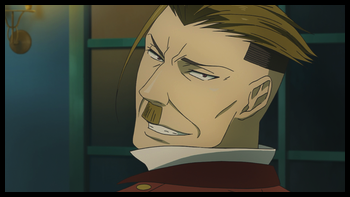 Inspector General for the Vatican and member of a family that served the Black Order since its foundation. That included offering members of their own family as guinea pigs for forbidden experiences. Very astride on the rules, he will do absolutely anything to win the war against the Earl and imposes harsh restrictions on Allen out of suspicion regarding the latter's links to the Fourteenth. 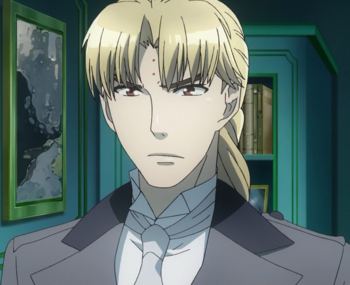 Inspector for the Vatican and Malcolm Lvellie's right hand man. Introduced in Chapter 135, he is charged with keeping an eye on Allen Walker at all times. 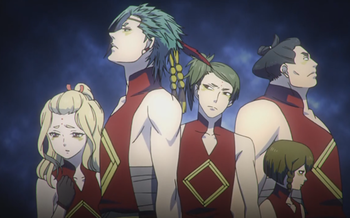 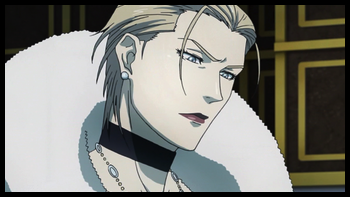 Head of the North-American branch. Her family, along with that of Bak directed the Second Exorcist project. Herself was put in charge of the Third Exorcist project, decided to make up both for the ridiculously small number of exorcists and the rare, random appearances of Accomodates.