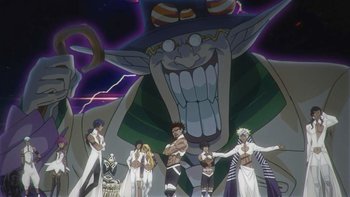 A group of fourteen humans who have awakened the "Noah gene" in their bodies, activating a "memory" of the surviving group of humans during The Great Flood. This transformation gives them superhuman powers, as well as control over the Akumas and immunity to their blood. If one of them is killed, his/her memories are able to reincarnate in another human, making them virtually immortal. They are led by the Millennium Earl (who is at the same time Adam, the first of the Noah), and serve as the main antagonists of the series, opposing the Black Order and the Innocence. They call themselves the true apostles of God, for reasons unknown at the moment.

The Earl of Millennium

The Earl of Millennium 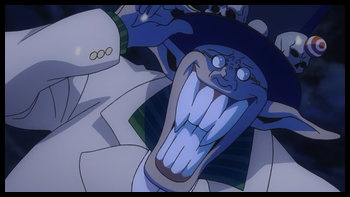 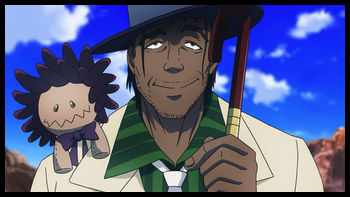 The main antagonist of the series, the Earl of Millennium (mostly known as the Millennium Earl to Western fans) doesn't look very dangerous due to his cartoonish appearance and cheerful attitude. However, looks are deceiving and this guy is responsible for the death of millions because of his Akuma.

He usually appears before a person grieving the loss of a loved one and politely offers to bring back the deceased back to life. If the offer is accepted, however, the Earl imprisons the soul in an ominous-looking black metal skeleton. The captured soul will then usually berate and curse the person who agreed to the deal...until the Earl completely takes control of the new Akuma and orders him/her to kill the other and wear their skin as a human disguise. Only Allen's cursed eye is able to see who's really an Akuma in a skin. 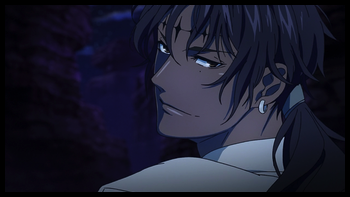 One of the first Noah we meet, who is perpetually surrounded by a cloud of butterflies. He is the Noah of Pleasure and originally lived as a homeless worker with his normal human friends while sometimes going back home to the Earl to do jobs (mainly killing people) because he thought it was fun. At the end of the Ark Arc, he was temporarily controlled by his Noah, which resulted in some new scars and long hair. Despite it being said that his Noah has 'awakened', the only significant change to his personality seems to be being very very cheerful around the hero. 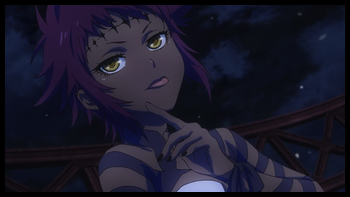 The first Noah ever encountered by Allen, she has the appearance of a small girl with spiky black hair. However, she is called the oldest Noah by other members of the family, implying that she was the first to awaken as one. Road is the Noah of Dreams, allowing her to travel between dimensions and control the Ark. She was shown to have survived her whole body exploding into sand/dust in the Arc, and cannot be harmed by physical attacks unless they are inflicted from inside of her dreamworld or inflicted by Apocryphos. 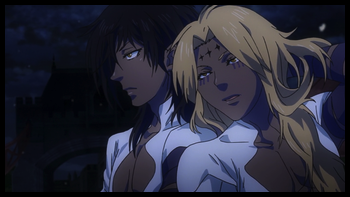 The Noah(s) of the Bonds, these twins have chased Cross Marian worldwide, getting more and more debt along the way. They're out to pass the debts on to Allen Walker. The twins' Noah ability is materialization, and shooting several different elements by mental will. If the two sing a song and shoot each other, they turn into their original form, Jasdevi. Krory fights them on the Ark. 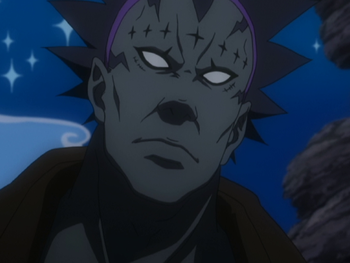 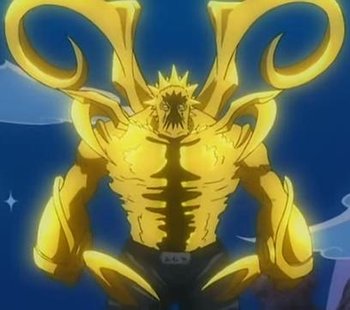 Skinn Bolic is the Noah of Wrath. He can turn into a giant golem who shoots lightning. He likes sweet things. He was a dock worker in New Orleans before his heritage surfaced. He also gets killed by Kanda during the Ark Arc. 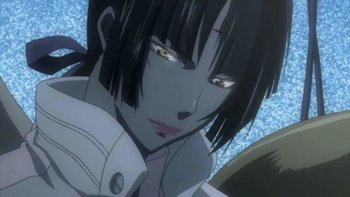 Lulu Bell is the Noah of Form (Noah of Lust is now known to be a mistranslation of the correct term) who led an attack on the Black Order H.Q. which caused the death of several people including Tup Dopp. Lulu Bell can transform into anything she wants to. 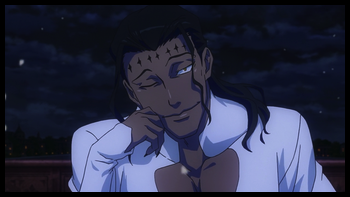 Sherril is the Noah of Desire, and is Road's adopted father. He works as a government minister, and is very flamboyant. His ability is telekinesis. 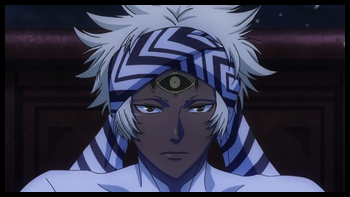 Wisely is the last of the original Apostles of Noah to awaken in the current generation. He is the Noah of Wisdom, and his ability as a Noah is his 'demon eye' which affects the brain. 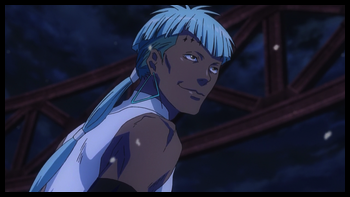 One of the Noah that woke off-screen. Attacked Lavi and Bookman, and took them as hostages. Also injured Chaozii. 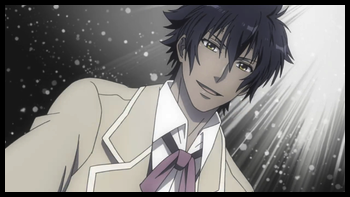 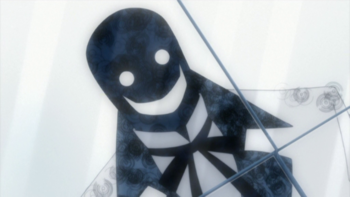 A man who's shrouded in mystery. The 14th Noah. He backstabbed his own family 35 years ago, killed almost all of them save for the Millennium Earl and Road, failed with his biggest goal and was forced to flee from the Earl with his brother for years. He made a pact with Cross Marian, and requested that he watch over Mana, until he returned one day. The future host happened to be Allen, of all people. While it's unclear when exactly were the 14th's memories implanted to him, Allen just was unfortunate enough to be nearby when he diednote Which is canonically established in chapter 206 to be well before Allen's conception. He's now gradually taking over his host's body and mind.

Presumably he's taking into account the general info and handful of appearances he's had. That, and the fact that Earl is still sore for his killing attempt, as the 14th was his favorite among the Noahs.

Allies of the Noah

The Akuma
Artificial beings created by the Millennium Earl using human souls, and the main weapons the Noahs use against the Exorcists. To see the tropes related to them, go to the Akuma page.
Lero 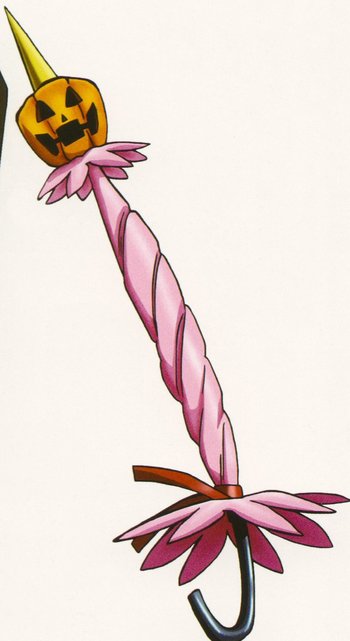 A specialized golem with the shape of an umbrella and a jack-o-lantern head at the end of the tip that faithfully serves the Millenium Earl. Cowardly and easy to scare, the Earl uses him to transport himself and to summon his sword (though he can summon it without Lero's help).

Known as "The Prisoner of the List Cage" Cell Roron is a small strange creature imprisoned in a playing card that serves Tyki Mikk. His job is to keep track of the people on the Earl's kill list and identify them so that Tyki can dispose of them.

The Teez are flesh-eating golems gifted to Tyki by the Earl that take the form of black butterflies. They can nest inside human beings and multiply by consuming their flesh, making them a dangerous threat even towards exorcists.

The skulls are humanoid servants of the Millennium Earl that have chubby proportions and skull-like faces. Their main role is to serve as support for the Noah's forces through the use of powerful magic, though they also do more mundane jobs like cleaning and mending the Earl's clothing.