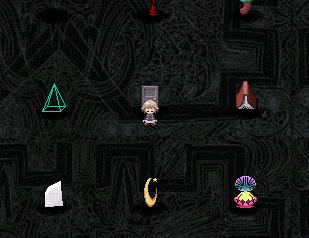 A collaboration project between multiple users of the 2ch Image Boards, Yume 2kki is one of the first Yume Nikki fangames out there. It stars a girl named Urotsuki who, much like Madotsuki, has really, really messed up dreams. Notable for being outright huge in comparison to even the first Yume Nikki, and there's still lots and lots planned.