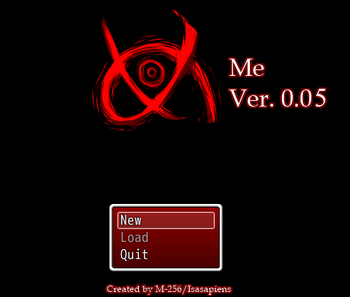 Me is a Yume Nikki fangame by M256/Isasapien Works, who also made the Off fangame Continue/Stop/Rise first released in 2011.

The game's protagonist is Me, a girl that dreams by listening to her stereo and explores said dreams. Me manages to be different from many Yume Nikki fangames with the occasional dialogue and an alternative collectible that unlocks e-mails that hint at a deeper story.

Not to be confused with the 2017 word-based platform game about the pursuit of happiness.