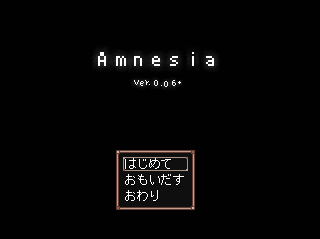 A Yume Nikki fangame where you play as a ghost girl named Toritsuki and your goal is to try to piece together how and why she died and her past.

Not related to another horror game named Amnesia. Or the otome game series Amnesia.