Our hero, aged sixteen from District 12, the poorest of the twelve (remaining) districts. After losing her father when she was only eleven, she managed to bring her family back from the brink of starvation almost single-handedly by hunting in the woods outside her district. When her little sister Prim's name is drawn in the reaping to join the Hunger Games, Katniss steps up to take her place, unwittingly setting off a chain of events that will soon engulf all of Panem. 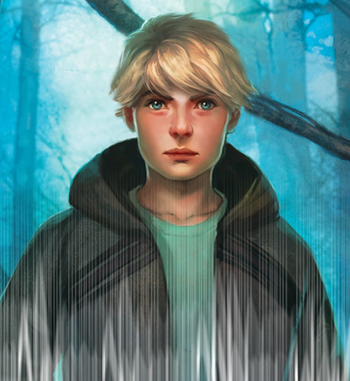 "I just keep wishing I could think of a way to show them that they don't own me. If I'm gonna die, I wanna still be me. Does it make any sense?"

Drawn to go along to the arena with Katniss, Peeta is the baker's son and thus a member of the merchant class in District 12. He also happens to be completely head-over-heels for Katniss, which, it would seem, is his bad luck.