Characters / The Expanse TV The OPA 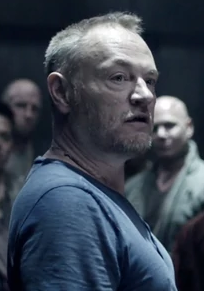 Played By: Jared Harris
"Usually, when a man is about to lose everything, he realizes what mattered to him most. He sees it clearly for the first time."

As a Belter, the world of politics has never been open to him, but this Ceres Liaison to the Outer Planets Alliance works tirelessly behind the scenes to rally the laborers and other less legitimate elements behind the cause.

A true Belter down to his brittle bones, Anderson Dawes' neck is scarred from early model space suits whose contact points would cook the skin beneath them. Having grown up on Belter ships in some of the worst poverty found anywhere in the solar system, he has seen the toll that exploitative corporations and debilitating taxation can take on human life. As a result, he is determined to right the wrongs visited upon Belters ... and isn't afraid to get his hands dirty in the process.

After Col. Fred Johnson committed one of the worst acts of brutality in Belter history, it was Anderson Dawes who found him, saved his life, and gave him purpose advocating for Belters. 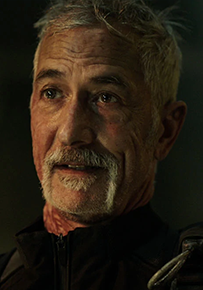 Portrayed By: David Strathairn
"We're not pirates or rock hoppers any longer, we're citizens of the Belt."

A commander in the newly formed OPA Navy, appointed by Fred Johnson and Anderson Dawes to act as Drummer's First Officer aboard the Behemoth. Has an extremely shady and unscrupulous past as a violent pirate, and immediately begins making moves to undermine her. 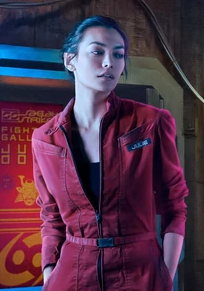 Played By: Florence Faivre
"Can't take the Razorback. Catch me if you can."

The high-society daughter of one of Earth's wealthiest and most powerful people, Julie was never content with the life of a socialite or cutthroat enough for business. A champion light spacecraft pilot, she became well-known after garnering a number of wins on the Near Space Regatta circuit. After a falling out with her father, she rejected all of his wealth and support in order to start a new life out in the Belt. Joining a student organization — The Far Horizons Foundation — with ties to the Outer Planets Alliance, she worked tirelessly for the betterment of Belters... right up to the day she went missing. 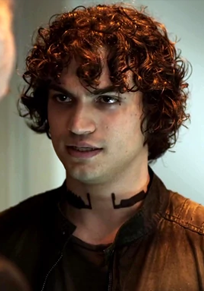 Played by: Andrew Rotilio
"INVINCIBLE ME!"

A rock hopper who tried to set up a graywater theft operation on Ceres before being busted by Miller. After a rough encounter with Martian border patrol left him stranded in deep space, he joined up with the OPA as a soldier. And, despite how they first met, he harbors no ill-will towards Miller and cheerfully attaches himself to the former detective when the two meet by happenstance in the middle of an OPA operation.

In Season 3, he's joined the brand-new OPA Navy as a lieutenant and is serving beneath Ashford aboard the OPA Behemoth. 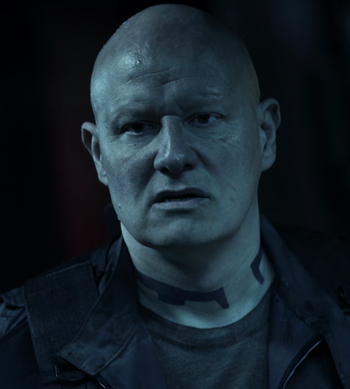 An OPA thug aboard Ceres who left Havelock hospitalized during a Belter uprising. 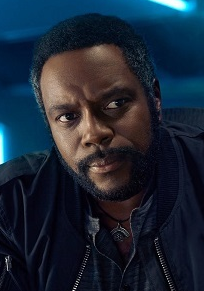 Played By: Chad L. Coleman
"I thought I was done with all this — sending people to their deaths."

A retired Colonel with the UN Marines, Fred is notorious for his involvement in a UN military action that will live on in infamy. Since his disgrace he has sought solace and penance working to better the life of Belters all over the system.

Fred is an outspoken advocate for the Outer Planets Alliance, a Belter advocacy group who seek legitimacy, but are often accused of terrorism.

An OPA mechanic responsible for overhauling the Roci 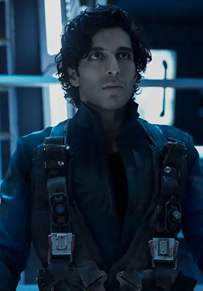 The leader of a small OPA faction who strongly opposes peace with the inner worlds. He is also Naomi's former lover and the father of her son Filip. 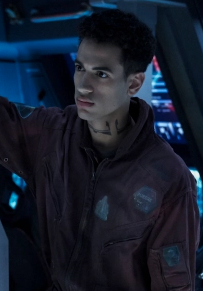 The son of Naomi and Marco, now a soldier in his father's faction.

An older member of the Inaros faction. He and Naomi were once close friends.

A henchman in the Inaros faction. 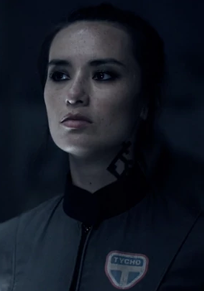 Portrayed By: Cara Gee
"All the optimists I know are dead."

Formerly Tycho Station's Assistant Director of Operations and Fred Johnson's second-in-command. Following the Time Skip mid-Season Three, Drummer had been made commanding officer of the OPA Behemoth, formerly the LDSS Nauvoo. As of Season Five, Drummer is the captain of the Dewalt, and together with its sister ship Mowteng and later the Tynan, she makes ends meet as a powerful pirate.

A member of Drummer's pirate faction and polyamorous family, and the executive officer aboard (and later Captain of) the Dewalt.

A member of Drummer's pirate faction and polyamorous family, and a crewmember aboard the Dewalt.

One of the pilots aboard the Dewalt and a member of Drummer's pirate faction/polyamorous family.

A member of Drummer's pirate faction and polyamorous family, and a crewmember aboard the Dewalt.

One of the pilots aboard the Dewalt until he is transferred aboard the Pella, and a member of Drummer's pirate faction/polyamorous family.