Both Earth and Luna (the Moon) are controlled by the United Nations, still headquartered in New York City.

Things aren't great on Earth in some respects. They have some pollution/global warming problems, so that the sea levels are noticeably higher (big dams keep the oceans from flooding NYC). The space colonists deride Earthers for paving over paradise, badly polluting the only truly habitable planet in the solar system. The Martians deride Earther culture as bloated, corrupt, and everyone looking for a government handout because Earth's industries can't employ and feed all of its vast population. 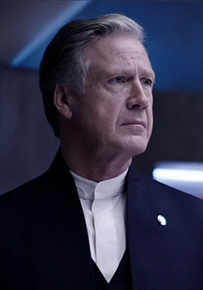 His Excellency, Secretary-General Esteban Sorrento-Gillis is the head of state and head of government of the United Nations, one of the two human superpowers and the original human unified nation. Because of his premier position within the UN government, he is arguably the most powerful human.

Sorrento-Gillis is the executive head of the UNSC, being responsible of nearly all interactions between the Earth-based nations and all foreign sovereignties. 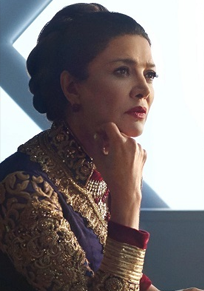 Portrayed By: Shohreh Aghdashloo
"Never listen to what people say. Just watch what they do."

The UN Deputy Undersecretary of Executive Administration — third in line from the UN Secretary-General (and from being leader of the Earth and Luna). She takes a very active role in protecting the interests of Earth and Luna, intent on making sure that the United Nations remains the dominant power in the Solar System.

The UN Home Secretary, introduced in Season 4. She splits from Avasarala's government and makes her own run to become the next UN Secretary General, which she ultimately wins. 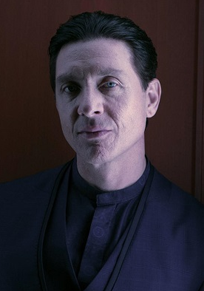 Portrayed By: Shawn Doyle
"Sometimes it takes a few monsters to get back on track." 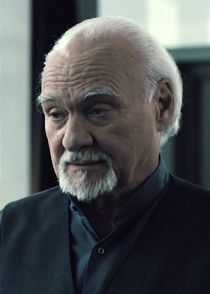 The Earth ambassador to Mara. 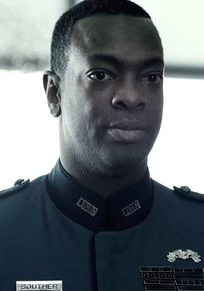 Portrayed By: Martin Roach
"If we go this way, we're going to be watching each other's ships fall from the skies." 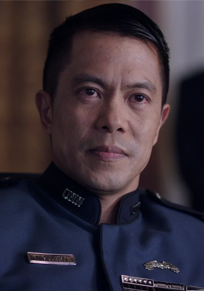 A war-mongering Earth admiral who rises in rank as tensions between Earth and Mars increase.

A UN Admiral stationed on Luna. 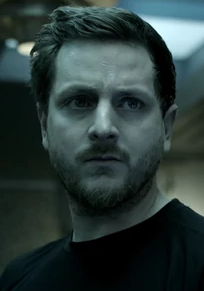 A criminal hacker and corporate spy who stows away aboard the Rocinante. The crew let him live because he might be useful. 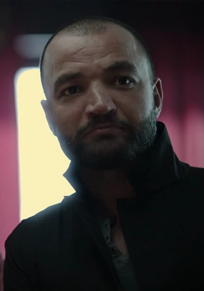 Portrayed By: Nick E. Tarabay
"I failed at my job, and Charanpal died. I owe him. Not you." 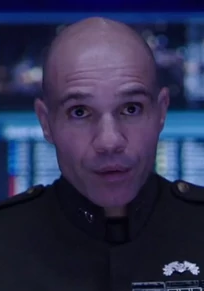 Portrayed By: Conrad Pla
"Just because you can't figure something out doesn't make it magic."

A UNMC colonel and primary science officer assigned to the UNS Arboghast to investigate the Eros impact crater on Venus. 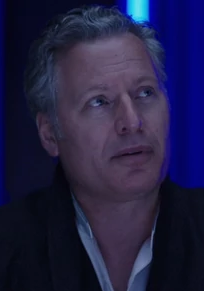 Portrayed By: Ted Whittall
"I believe the Eros incident was our first contact with alien life."

A UN scientist assigned to the UNS Arboghast. 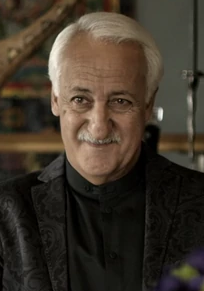 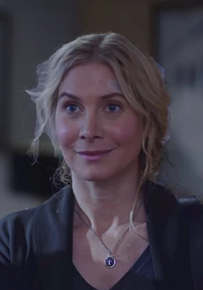 A reporter who films a documentary about the Rocinante's crew.

Monica's cameraman, helping her film aboard the Rocinante.

A wealthy woman who gained pasage on the Thomas Prince because she thought it would be interesting.

A popular Christian preacher who is part of the Thomas Prince's religious delegation.

The ruler of the Baltimore underworld and a childhood friend of Amos.