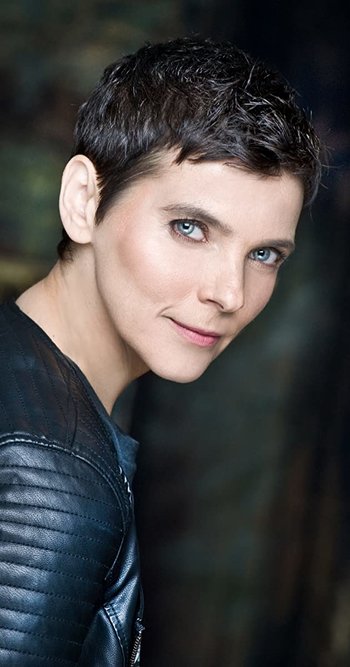 Joanne Vannicola (born 1968 in Montreal, Quebec) is an Emmy Award-winning Canadian actor who has appeared in quite a number of films, TV shows, cartoons, and anime dubs.

Joanne Vannicola has plenty of appearances on Canadian film and television, most memorably as Dr. Naadiah in the 2009 dramedy Being Erica, Dr. Mia Stone in the fourth season of the 1996 sci-fi drama PSI Factor, and on two seasons of the horror anthology Slasher (appearing first in Season 2 Guilty Party as Renee and then in Season 3 Solistice as Amber Ciotti).

They are also well known for their roles in animation, usually voicing young boys or tomboyish females, like Toot of Toot & Puddle, One in Seven Little Monsters, Claude in Timothy Goes to School, Willy Zilla in My Dad the Rock Star, Koji Karakuchi on the English dub of Medabots, and Marucho Marukura on the English dub of Bakugan.

While they originally identified as female, Joanne Vannicola came out as non-binary in 2019 with their memoir All We Knew But Couldn't Say. The book has been quite warmly received, and Vannicola has become known as a fierce advocate for LGBTQ+ rights and representation and against child abuse.