Characters / The Expanse TV The Belt

Belters are the hardscrabble colonists who work in the asteroid belt, harvesting minerals and ice (for water). Very much the proverbial Third World of the solar system after Earth and Mars, the two superpowers which have become dependent on their resources but give little in return. Their capital and largest port is Ceres, the dwarf planet/largest object in the belt. Routine mining runs also harvest ice from Saturn's rings.

Most Belters at any one time actually live on their ships, mining resources in the asteroid belt. Several of the larger asteroids such as Ceres and Vesta are major hubs for shipping and commerce, as well as a few large artificial habitats such as Tycho Station. Full scale agricultural colonies also exist in the Jupiter and Saturn systems, though these outer planets get lumped in with the Belters as well due to their very low gravity. In the Jupiter system, Ganymede and Europa are major breadbaskets, while Callisto is the location of a major MCRN shipyard (the fourth major moon, Io, wasn't heavily colonized due to volcanic activity). In the Saturn system, Titan is a major settled colony as well. Numerous smaller mining and scientific outposts are scattered throughout the other smaller moons and into the Uranus and Neptune systems - but just "outposts", not big enough to be considered colonies.

In the first episode, Ceres and the rest of the belt are technically a United Nations protectorate governed by Earth, though everyone fears that Mars is imminently going to make a push to capture the belt from Earth - and Earth will launch a full scale war in retaliation to take it back. The winner of such a fight is uncertain, but the Belters will lose either way. Meanwhile, an underground resistance/terrorist movement has gained widespread popularity in the Belt, wanting to set themselves up as a third independent nation known as the Outer Planets Alliance (OPA). 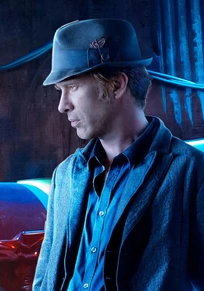 "No laws in Ceres. Just cops."
Played By: Thomas Jane
"The stars are better off without us."

A detective with the Star Helix aboard Ceres Station. A native Belter who's never been off Ceres, he dresses like an Earther and has a certain amount of disdain towards his own kind. 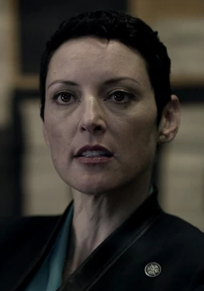 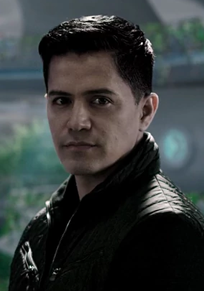 "Stay calm, and everything will be okay."
Played By: Jay Hernandez

Miller's green new partner on Ceres. Unlike everyone else on the station, he's an idealistic. Which also makes him the only clean cop around. 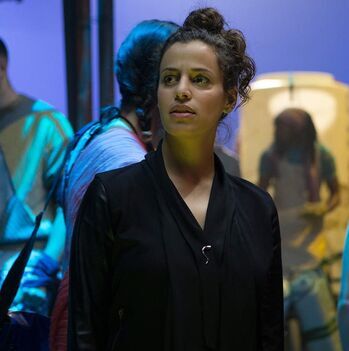 A detective and Miller's former partner.

Crew of the Canterbury 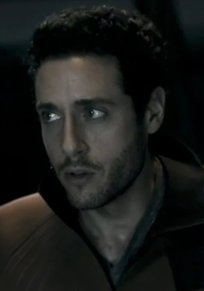 Shed Garvey the med-tech aboard the Pur'N'Kleen ice hauler, the Canterbury (which supplies water for the Asteroid Belt's residents). Even though he's closer to an EMT than a doctor, Shed is all the crew has got as he's called upon for everything from social diseases to life-or-death surgeries. When the Canterbury was gutted to clear the way for cargo, the medical bay was removed, so Shed now has to operate at a dining table in the galley. In addition to his official medical duties aboard the ship, Shed also provides more 'recreational' supplies to the crew. 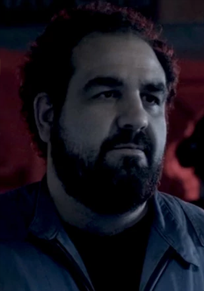 The Captain of the Canterbury. 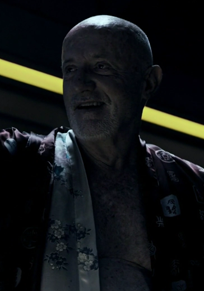 "You know what I just can't figure out? We make it all this way, so far out into the darkness. Why couldn't we have brought more light?"
Played By: Jonathan Banks

The Executive Officer of the Canterbury.

Played By: Ronnie Rowe Jr
A crewman aboard the Canterbury. 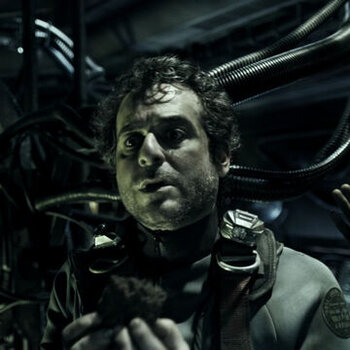 A prospector and Diogo's uncle. 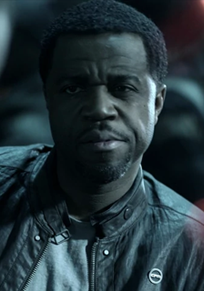 "Look, when I got kicked off the force, I gave you that hat so you'd keep your head, not make the same mistakes I did."
Played by: Kevin Hanchard

A childhood friend of Miller and former member of Star Helix. In the present, he's relocated to Eros where he works as private security/dock inspector for the CPM. 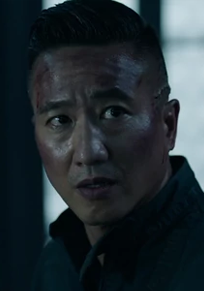 "I thought patching up a bullet wound was gonna be the strangest thing I did today."
Played by: Terry Chen

A Belter botanist on Ganymede Station. When Ganymede is caught in the crossfire of a Earth and Mars battle, he finds himself taken to Tycho station and begins a search to find his daughter, Mei. 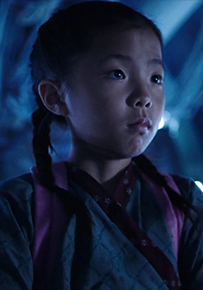 Prax's daughter, who lives with him on Ganymede.

Another Ganymede child who has the same genetic condition as Mei. His intentional infection with the protomolecule is shown in gruesome detail. 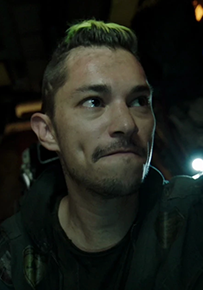 A young slingshot racer from Ceres out to make a name for himself and prove his love to his girl. When the Ring finishes building itself outside of Uranus's orbit, he sees his chance to make history by being the first to go through it.