A planet opened up to humanity through the Ring system and settled by Belter refugees from Ganymede.

Although the settlers and UN hope to establish a permanent human presence and exploit its mineral resources, Ilus is also home to extensive Protomolecule artifacts that pose a lethal danger to all living things.

A group of refugees from Ganymede. In the wake of the Ganymede Incident, they've been bouncing from port to port, unable to find a place that will accept them and let them settle. Out of desperation, they decide to make a run at the Ring in orbit around Uranus, braving a joint UNN, MCRN, and OPAN blockade that shoots down any and all unauthorized ships.

Having arrived on a planet they christen Ilus (named after the brother of Ganymede), they discover a rich supply of lithium, which they begin mining in the hope they can sell it back in the Solar System and use the funds to buy much-needed supplies.

A medical technician from Ganymede who risks traveling through the ring to provide a better life for her daughter.

Lucia's daughter, who grows to resent being brought to Ilus.

The leader of the Barbapiccola settlers on Ilus. 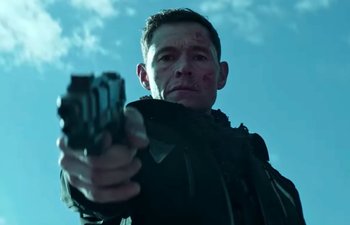 A security officer for Royal Charter Energy and Murtry's second in command.