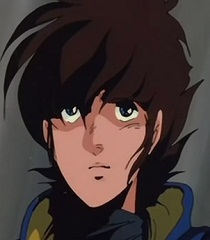 The main protagonist of the series. Originally he was only visiting Macross to watch its launch ceremony at the invitation of Roy, but he ends up joining the military after getting caught in the space fold and realizing he could put his piloting talents to good use protecting people. He has an on-going relationship with Lynn Minmay throughout the story. 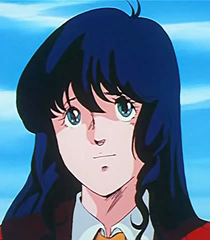 The secondary protagonist of the series, Minmay finds herself becoming a pop star and celebrity on the Macross after winning the "Miss Macross" beauty pageant. Her singing serves as a great morale booster for the citizenry, as well as having a profound effect on the Zentraedi, who are captivated by her performances. Minmay is widely credited with a major role in stopping the war against the Zentraedi. 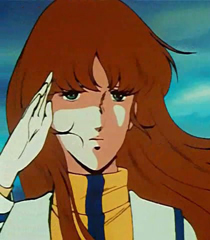 One of the permanent bridge crew (and an air traffic controller) of the Macross, and a longtime acquaintance of Captain Global. Though she and Hikaru get off on the wrong foot in their first few meetings, she slowly develops into a second love interest for him, forming the series' central love triangle. 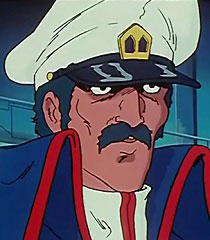 The Captain of the Macross who transferred over from the Italian Navy. After accidentally folding the entire island out past Pluto, his primary concern is getting the civilians on board home in one piece. While technically the Macross is under martial law, the civilians respect him greatly as a leader, and civil unrest is remarkably low throughout the show. 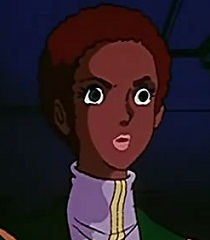 One of the Macross bridge crew. She normally serves as the level-headed and down-to-earth member of the cast, and is in a relationship with Roy Focker. 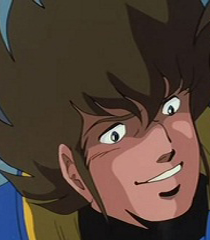 A member of Hikaru's wing after he's given his first command. He serves as the everyman character for the audience to relate to. 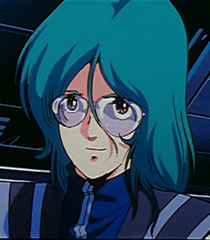 A young rookie pilot assigned to Hikaru's wing. He proves himself to be an amazingly talented pilot, surpassing even his Commanding Officer soon after joining up. His eventual relationship with Zentraedi ace Milia marks a major development in terms of human-Zentraedi relations. 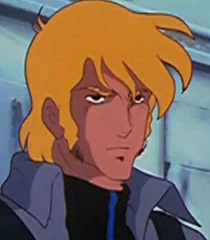 The leader of Skull Squadron and one of the better pilots assigned to the Macross. He has known Hikaru for a long time and serves as a mentor figure to the younger pilot. He is in a relationship with Claudia. 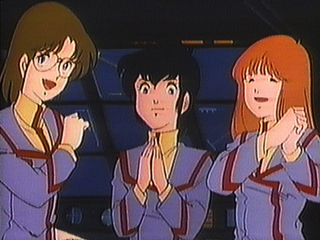 Three bridge officers on board the Macross. They mainly stay in the background, gossiping on events and being friends with Claudia and Misa. 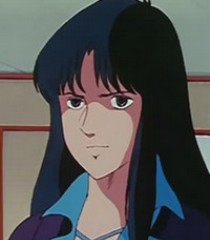 Minmay's cousin, who joins the Macross to look after her after the ship successfully makes it back to Earth. He has a real chip on his shoulder regarding the military, and is usually seen trying to get people to protest the military rule on the Macross. 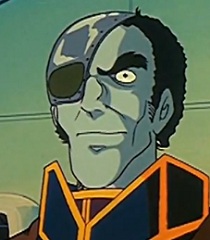 The commander of the attack force sent to Earth to recover the Macross. He is continually confused by the bizarre antics of the Macross as he chases them across the solar system, preventing him from launching an all-out attack as he's unsure if they have something really incredible up their sleeves. He is also one of the first Zentraedi officers to side with humanity against the main fleet. 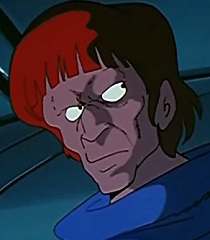 Britai's "Archivist" and advisor, Exsedol is the Zentraedi equivalent of a historian, studying past battles to better advise strategy on current ones. He is highly valued among the Zentraedi and eventually serves as their ambassador to the human race. 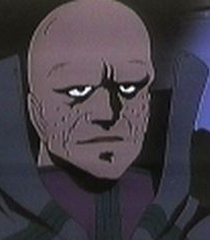 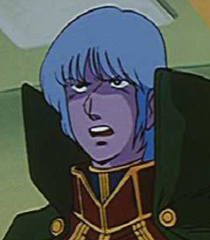 A Zentraedi commander sent to reinforce Britai after his initial assaults on the Macross end in failure. He is far more aggressive and is almost as big a danger to his allies as his enemies, and acts as something of a Wild Card throughout the series. 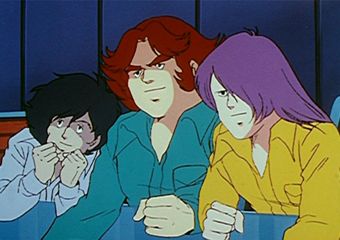 A group of three soldiers sent to infiltrate the Macross and spy on their population. They become the first Zentraedi to become "cultured", and their bringing back examples of human entertainment is what sparks the eventual mass-defection of the Zentraedi to the human race. 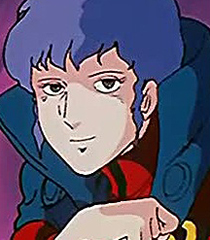 A Meltrandi commander sent to further reinforce Britai and assume command while he and Exsedol leave to advise Bodolza. She too becomes "cultured" through her contact with the human race, but doesn't turn to their side as fully as Britai does. 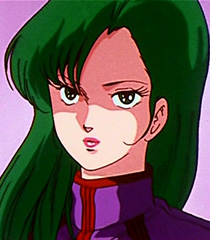 A Meltrandi ace, and one of the best pilots in the entire Zentraedi race. She is surprised when, in her initial sortie, Max Jenius proves capable of matching her skills, and she becomes obsessed with learning more about him, leading her to become an infiltrator aboard the Macross.