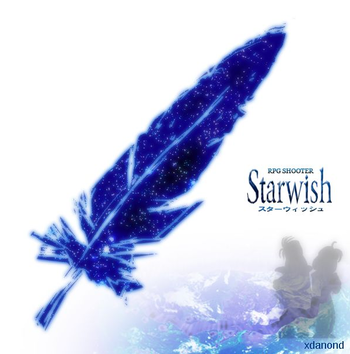 is a Web Game that is Exactly What It Says on the Tin — a Horizontal Scrolling Shooter with RPG Elements. It was made in Adobe Flash and released in 2011.

Specifically, the author describes it as "a unique blend of a shooter, RPG, visual novel and dating sim". A lot of the drive of the game is based upon the storyline, the character interaction, and the upgrades and level ups for the main "shooter" game, which is played during missions on various sites of interest on the current planet.

If you haven't played it through at least once, beware of unmarked spoilers.